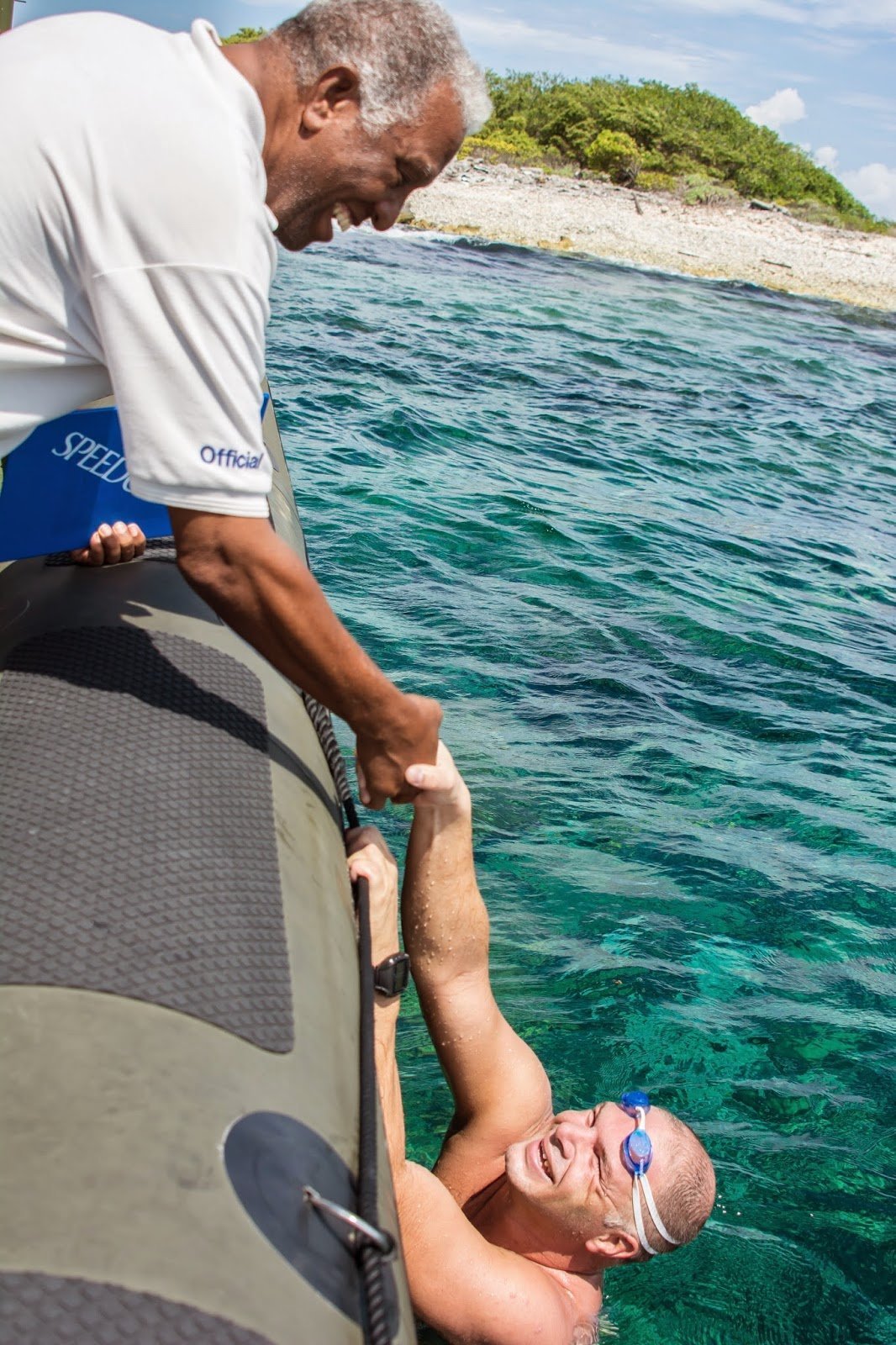 “Today, I finally did my crossing from Klein Curaçao to Curaçao.”

Previously, Ruijsink had planned to attempt a tandem crossing together with André Nottelman and Niko Kluyver. The pair completed an unprecedented 26.1 km crossing from Klein Curaçao to Santa Barbara Beach on Curaçao in September.

But Ruijsink could not join in their tandem crossing as planned because he unexpectedly suffered from chikungunya, an infection and joint pain caused by the Chikungunya virus by mosquitoes.

But he finally got over the disease and went back to Plan A.

“The weather conditions were OK with little swells up to 1.5 meters from behind,” Ruijsink explained about his 13.2 km crossing in 3 hours 36 minutes that finished on Oostpunt. He averaged 1:38 per 100 meters as he was escorted by the RNLN Marines and observed by Gladwin de Lanoi, a certified FINA official from Curaçao. 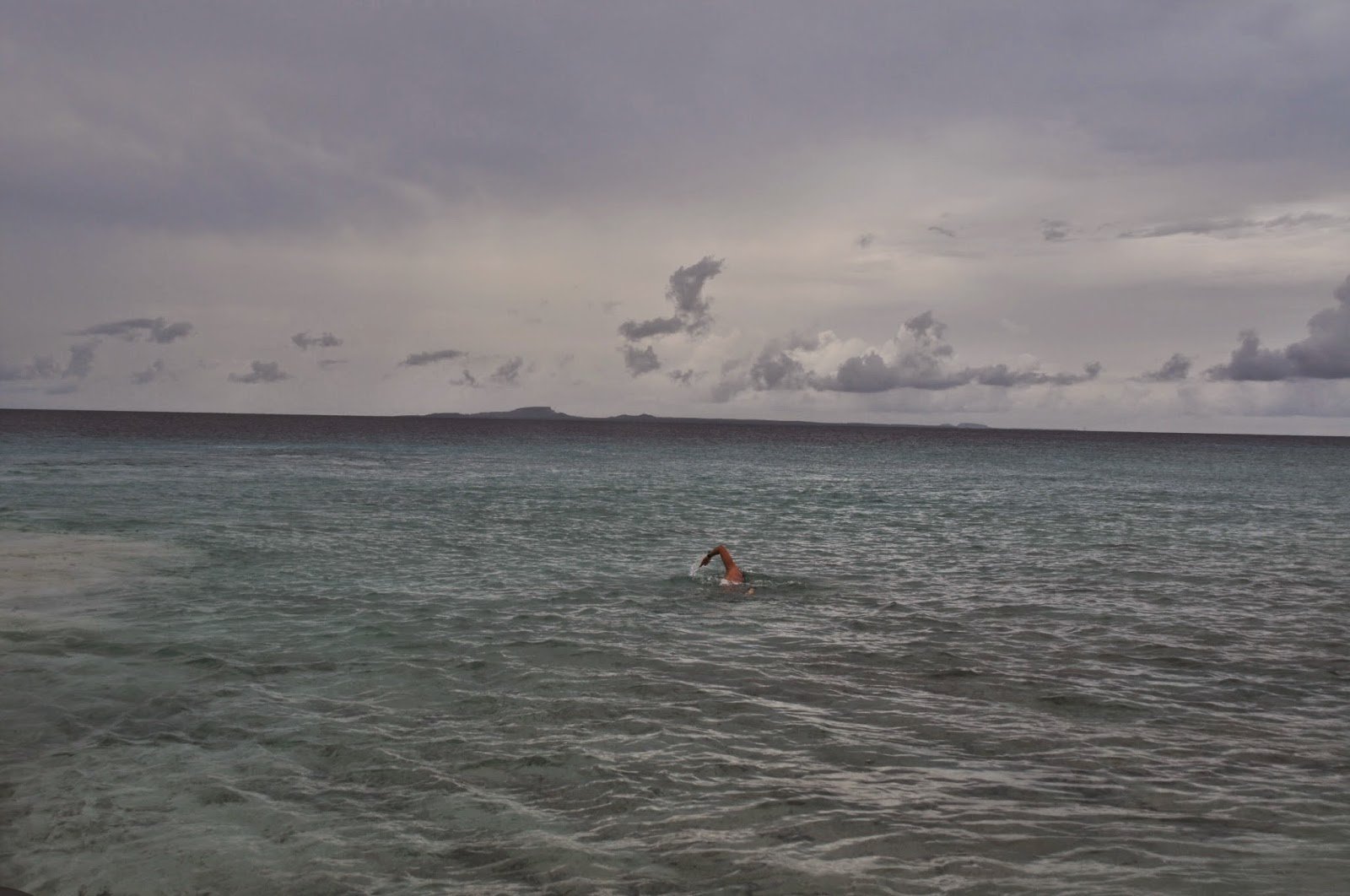