Every Breath A Gift On Land And In The Water 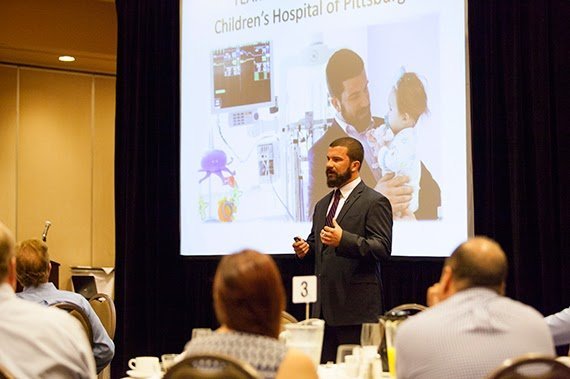 Darren Miller has transformed himself from a collegiate sprinter to a bodybuilder to one of the world’s most foremost channel swimmers.

The famed Oceans Seven swimmer is now in his life’s next chapter.

Creatively building upon concepts learned through a decade of financial sales and endurance athletics, Miller is on a roll. Since his Penn State University commencement address to thousands of college graduates and their families, his motivational speaking tour has taken off from coast to coast. The creator of the Team Forever concept has transformed his own channel swimming experiences to life-changing speeches to people of all ages, backgrounds and abilities.

He has boiled down the obstacles that he faced swimming across the English Channel, North Channel, Molokai Channel, Cook Strait, Strait of Gibraltar, Tsugaru Channel and Catalina Channel in a succinct and profound message that he calls, “Every Breath A Gift“. His speech is customized to every audience, but he always highlights his Seven Essentials of Success:

Essential #1 (Visualize Success): Based on his English Channel crossing, Miller talks about the visualization of success and how people can visualize the final product and drive toward their goals.

Essential #2 (Motivation by Inspiration): Based on his Catalina Channel crossing, Miller implores people to get inspired and pursue the passions that drive them.

Essential #3 (Enduring the Pain): Based on his Molokai Channel crossing, Miller discusses surviving the pain of life and overcoming physical and mental stress.

Essential #4 (Teamwork): Based on his Strait of Gibraltar crossing, Miller describes the importance of having a support crew from guidance along the journey.

Essential #5 (Perseverance): Based on his Tsugaru Channel crossing, Miller explains that if people never quit, they will eventually make it.

Essential #6 (Avoid the Noise): Based on his Cook Strait crossing, Miller encourages people to avoid the negativity of their environment and control what they can.

Essential #7 (Respect and Honor): Based on his North Channel crossing, Miller ends with how people can respect the challenge and their fellow man where working hard yields results.

He has two upcoming speeches in California in 2015 to some of the most powerful financiers and corporate titans on the West Coast: at the Balboa Bay Resort in Newport Beach, California on January 14th-15th an at the Surf & Sand Resort in Laguna Beach on February 11th and 12th.

Footnote: Team Forever is a nonprofit organization headed by Miller whose donations benefits the University of Pittsburgh Medical Center Children’s Hospital of Pittsburgh in order to help families with children in need.