Every £ Counts And Is Greatly Appreciated 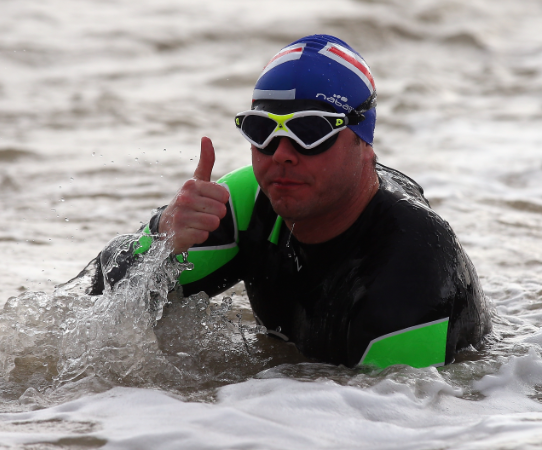 He just got closer to his goal.

“We received a few extra pledges which has enabled us to reach our minimum target of £20,000 which is an extraordinary amount [due to his crowdunding campaign. The team can now focus their energy on gaining corporate sponsorship and help in creating a global marketing platform with which to share this extraordinary story.”

He will extend the crowdfunding project for another week until January 11th. “This is to enable anyone who wishes to still obtain one of our many rewards if they pledge and become part of the journey. These range from merchandise items such as wrist bands, towels, T-shirts and baseball caps with the project logos to seeing me off at the start in New York in April 2017 [see here].

He plans to swim 3,800 miles [6,115 km] alongside a support boat for up to 8 hours a day with plans to take about 7 months to complete. “I’ll have to deal with sharks, killer whales, jellyfish and extreme weather. My mental toughness is also going to be tested like never before. But I’m determined to do this for a much greater cause.