Evgeny Drattsev On A Comeback 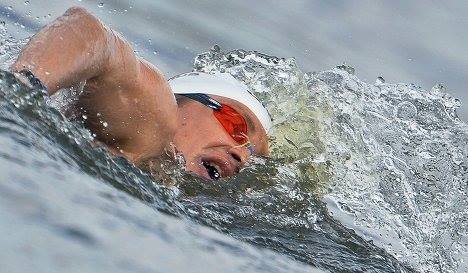 Russian Evgeny Drattsev is working hard to return to the Olympics.

After placing fifth in the 2008 Beijing Olympics 10 km swim, he missed qualifying for the 2012 London Olympics.

Disappointed, but he did not give up the sport. He kept plugging away and qualified today at the FINA/HOSA 10K Marathon Swimming World Cup race in Abu Dhabi to represent Russia at the 2016 Olympic qualifier in Setubal, Portugal.

For a handful of swimmers from around the world, the World Cup race in Abu Dhabi was a race-within-a-race.