Ex Marks The Spot In The Maui Channel 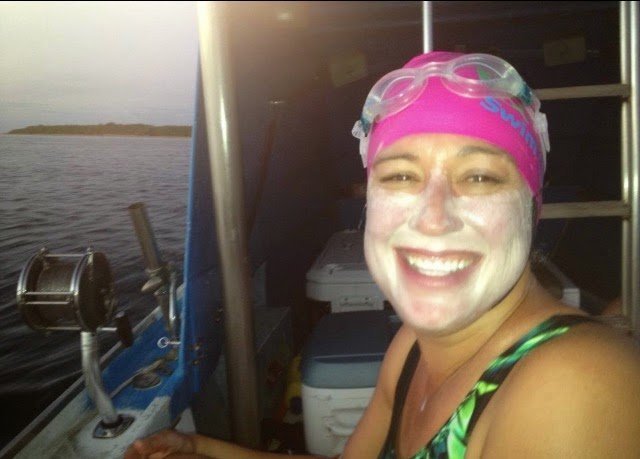 Penelope Nagel completed an unprecedented crossing across the Maui Channel from the island of Lānaʻi to Napili, Maui.

Her 7 hour 42 minute shore-to-shore swim started with the sunrise at the small pier at Club Lanai. “I started the swim as the sun rose while the jellies were were still up,” describes Nagel. “It was a fun first hour of a long day. My ex-husband was on the support boat. There had been four tiger shark attacks in the four weeks leading up to my swim. My theory was, that this was an uncommon number so I would be safe.

With Jonathan Hands as her spotter and Kauhane Luuwai as her boat captain, her adventure was shore-to-shore.

“My ex[-husband] is English so I told him about the Australians jumping in to scare sharks away from the swimmer on these crossings. He assured me if he saw a shark he would jump in to scare it off. About five miles into the swim, a fin came up. The current was pushing me and the boat was ahead of me.

I saw the fin, but it was so clear I could see that it was 3 manta rays. The boat sped back to me and he was on the edge ready to jump.

The captain said I was scary close to missing the island entirely and being swept away by the Molokai Express, the stronger current in that channel where the current moves an average of 15 knots compared to the current that grabbed me at 6 knots in the Auʻau Channel

She ended up, by accident, at the hotel by the Ritz Carlton on Napili Beach in Kapalua, Maui – with a whole lotta memories to share.