Extreme Swimming…To Be Young Or To Be Old? 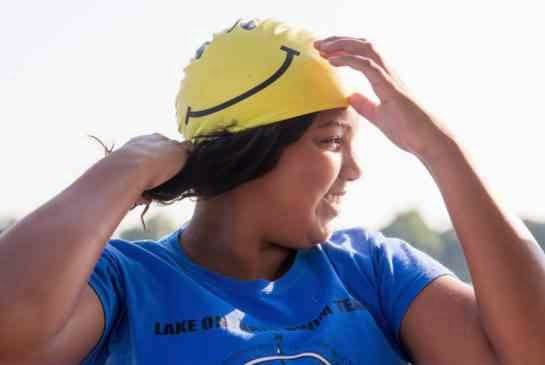 When Rob Kent looks back on the endurance sports accomplishments of his fellow athletes in L.O.S.T. (here), he points out two individuals on the opposite end of the age spectrum.

Both Trinity Arsenault and Colleen Shields crossed the 52 km (32 miles) of Lake Ontario this summer.

Arsenault is a 14-year-old teenager while Shields is a 62-year-old lifetime swimmer.

Arsenault swam from Niagara-on-the-Lake to Marilyn Bell Park in Toronto across Lake Ontario in 23 hours 19 minutes while Shields did it in 21 hours 33 minutes.

What could possibly be harder: to swim as a young teenager or swim as a mature adult on the second half of life?

As a young person, there are so many other activities that demand one’s attention. To have the discipline and commitment to train for a marathon swim is rare. It takes something special for a teenager to be able to ignore all the joys and temptations of youth and swim for long distances every day in preparation for a marathon swim. Instant gratification and social interactions are generally considered so much satisfying than the long-term focus and diligence necessary to prepare for a nearly 24-hour solo swim.

As an older person, as much as the maturity and wisdom of life are apparent, so it the decreasing muscularity and athletic prowess. Muscles become stiff, cardiovascular endurance become lower, joints creak more. The ravages of life simply slow one down while the physiological demands of a 21-hour solo journey in cold and rough water are incredibly arduous for any individual of any age.

Both women – one young, the other older – have shown the extremes of open water swimming can be accomplished by both the young and the old(er).