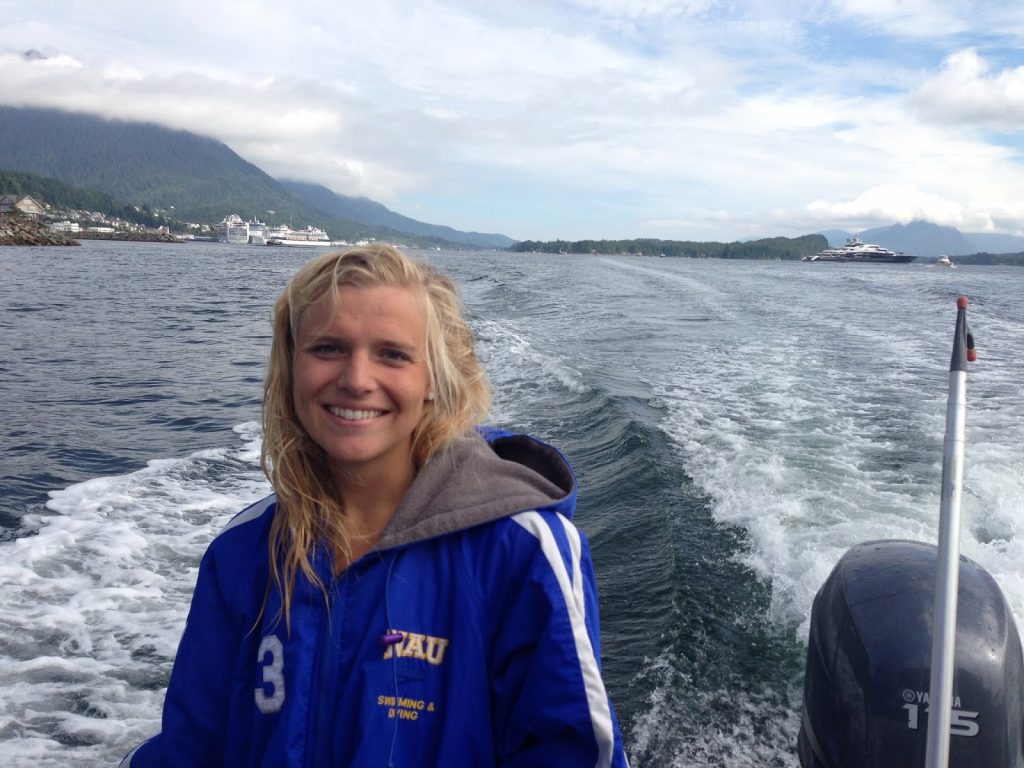 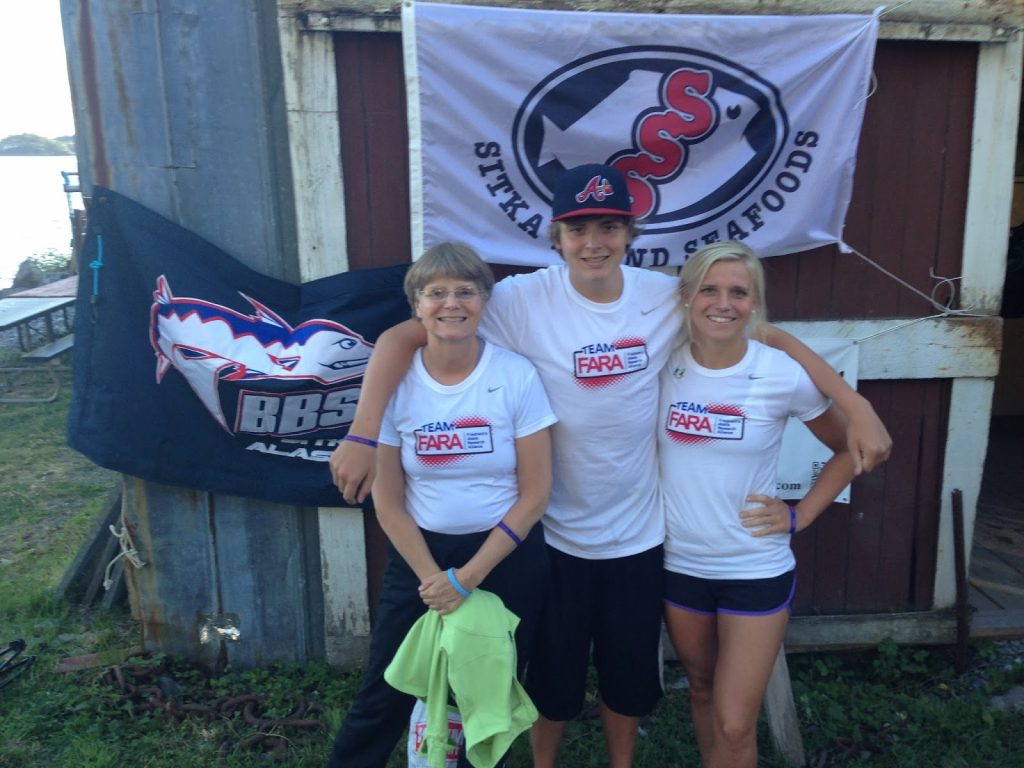 So says Kristin Jones, the overall winner in both events.

“Both races [the 8.2-mile Pennock Island Challenge in Ketchikan and the 5 km race Change Your Latitude event in Sitka] went fantastic. Everything went so smoothly, the weather was phenomenal, the water temperature was perfect. I was wearing a blueseventy Helix for both swims and the overall atmosphere was very Alaskan and true to spirit.”

But swimming in The Last Frontier is always a bit different than the lower 48 states in the U.S. Jones explains, “The travel from Juneau to Sitka was a quick and painless mid-morning 20-minute flight. The Change Your Latitude event organizers offered a salmon feed and potluck that also served as the pre-race meeting. The dinner was located right next to the Salmon hatchery. There were hundreds of jumping fish right in front of the building we were meeting in…incredible.”

Even the attitude vis-a-vis marine life has an Alaskan hue. “[The 5 km swimmers] all waded slowly out into the water as we watched for the first place 10k-er.

As we were cheering and watching from shore, a large head popped out of the water very close to the swimmer. ‘Oh, that’s just Earl, said race director Kevin Knox. ‘He’s a sea lion that likes to hangout in the harbor, he won’t bother Patrick, the swimmer
.'”

Everything in Alaska is just bigger, even in the water. “…somehow I found myself in the middle of a dense kelp bed, denser than anything I had previously swam through. At one point while navigating through the forest, I was almost completely out of the water, the kelp was so buoyant and hard to swim through I thought I might get stuck in it. I gave up on trying to find a clear path and just muscled through it, after a couple more minutes of swimming though the thickest water ever, I made it out and felt like I was flying.”

Jones continues to swim – and win – while raising money for Team FARA (Friedreich’s Ataxia Research Alliance). “As of right now Team Ryan and Owen have raised $6,795 to help this cause, I hope to raise much, much more in years to come.”

But in order to catch her next race in Ketchikan for the 8.2-mile race around Pennock Island, she and her family had to hustle. “[After we finished the race in Sitka], we barely made it to the airport to take the 30-minute flight over to Ketchikan. Luckily the race start was a 2-minute truck ride from the airport.”

Jones finished first in the wetsuit division in 3 hours 26 minutes, but was surprised about her non-neoprened competitiors. “Most swimmers were not wearing wetsuits, which seemed odd to me. Maybe it’s the warm summer? Anyways, I certainly was wearing one.”

Wetsuit or not, the course around Pennock Island can be tricky. “I was far out in front, and tried to visualize the map I had studied the night before. ‘Did Willie [Schulz, the race director] say to hug the shore inside the bottleneck or stay in the middle of the channel?’ Before I had a chance to meditate on the topic, I had slunked back into 4th place. I looked around at the other swimmers, and realized they were all practically swimming on the shoreline, so I called to [kayaker] Trent and told him I was going to ‘follow those guys!’“

Upper photo shows Kristin Jones on the boat ride back to the dock after finishing the Pennock Island Challenge. Lower photo from left to right shows Lisa Jones, Trevor Jones, and Kristin Jones in Sitka before the Change Your Latitude.