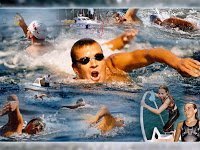 The Faros Maratón Swim, also the Croatian International Long Distance Swimming Championships, is a 16km race from Stari Grad to Faros in Croatia.

It is organized by the Croatian Long Distance Swimming Federation that was inducted in the International Marathon Swimming Hall of Fame as an Honour Organisation in 2011.

The competition developed over the last 36 years into a world-class event drawing the international elite.

1,089 athletes from 42 countries have taken part in this international celebration of marathon endurance that one of the leading sports events in Croatia. Previously known as the Yugoslav International Long Distance Swimming Championship, the organisation continued to host the event despite war conditions.