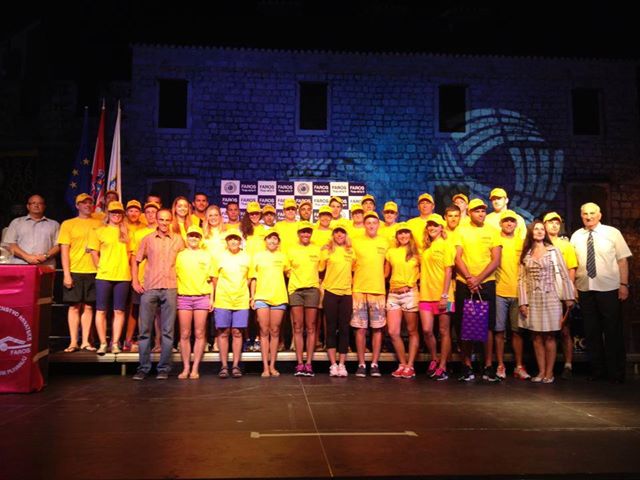 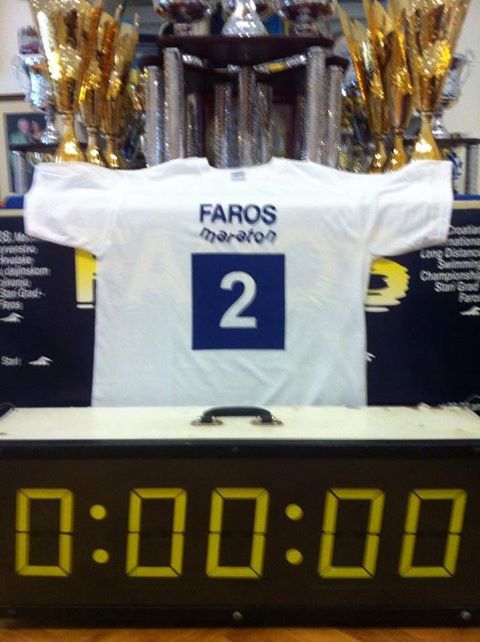 In order to be completely fair at many professional competitions and marathon swimming events, there are random number selections so no athlete can complain that one boat crew or another escort boat is better than theirs. This objectivity enables an actual and perceived fairness to be shared by all.

At the Faros Maratón in Croatia, this random selection process is done publicly during a presentation of the swimmers.

The process is quite entertaining and cool.

On stage with the athletes waiting in the wings, two young girls randomly pull out the names of swimmers and then the name and number of the swimmers are matched up. Each swimmer is given a shirt with their specific number on it (1, 2, 3, 4, up to 35) as the numbers are drawn.

Then cute young children walk the athletes across the stage and each athlete is photographed with their new number and t-shirt. Through a whiff of smoke emitted on stage, the crowd applauds for the athletes. With the cute children escorting the warriors of the water on stage, the random selection process is a great way to generate excitement for today’s 16 km professional marathon swim.

But in a nod to tradition and in an exception to the randomness of the number selection, Irene van der Laan of the Netherlands, swimming in her 20th Faros Maratón was intentionally given the number 20.