Fast As A Ferry 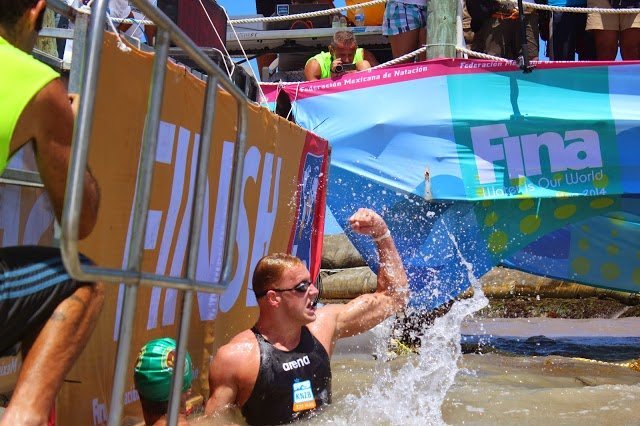 Year after year, the nominees for the World Open Water Swimming Man of the Year are always an heroic and very impressive group of individuals with exceptional exploits, histories and lifestyles.

Ferry Weertman is a 2-time European Champion and another embodiment of world-class open water swimming from the Netherlands. He is an acknowledged force to reckon with at every elite competition he participates in whether it is a lake, sea or ocean. He swims well in turbulent conditions, tranquil waters, cold conditions and warm-water venues. He is also savvy and tactical in the rough-and-tumble world of rounding turn buoys, while pack swimming along long straightaways, and in the latter stages of FINA World Cup and FINA Grand Prix events.

In 2014, Weertman won the FINA Open Water Swimming Grand Prix in Mexico in challenging conditions and two gold medals in the 5 km solo race and the 5 km team pursuit event, together with Sharon van Rouwendaal and Marcel Schouten, at the 2014 LEN European Championships in Germany.

It was a very successful year that he hopes serves as a great launching pad for the 2015 and 2016 seasons.