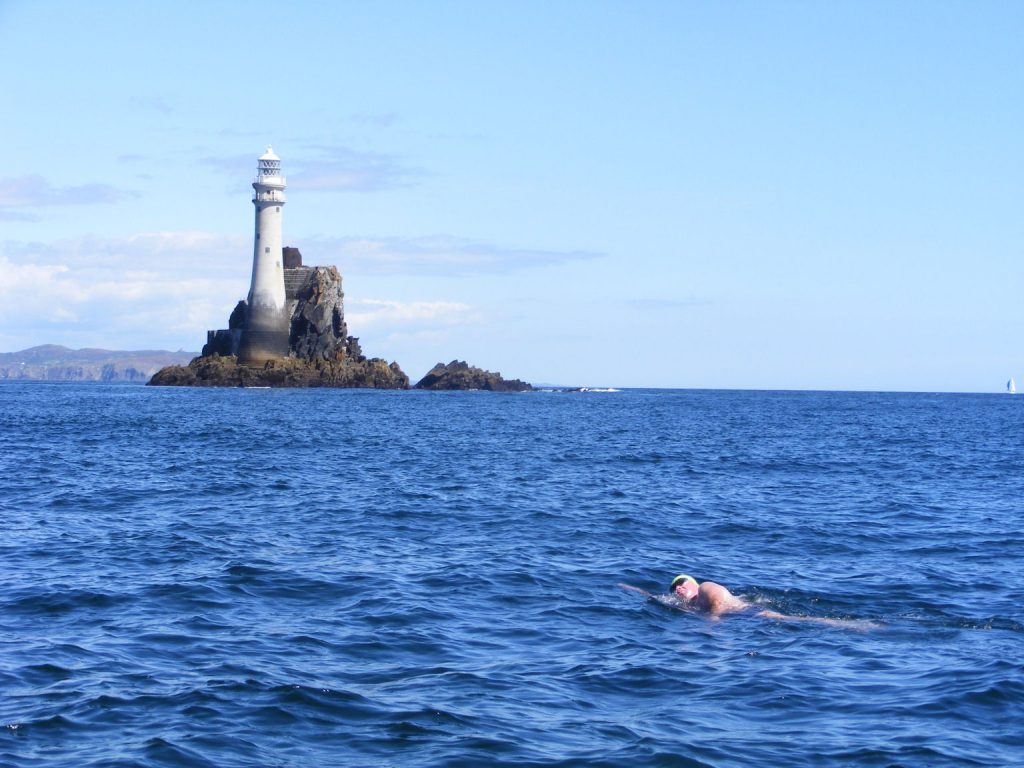 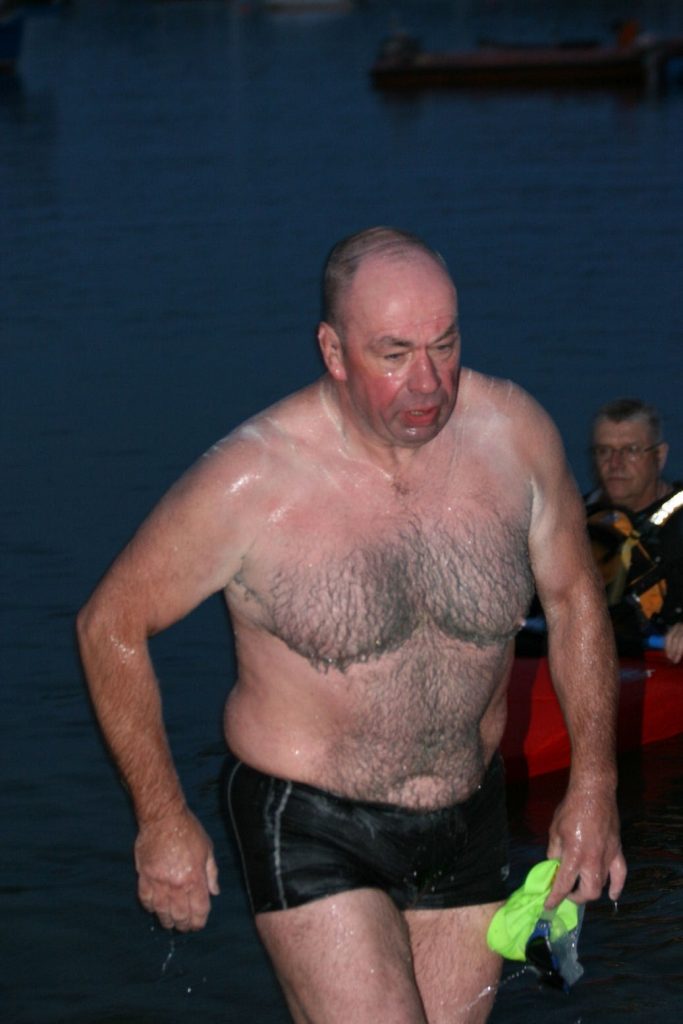 Running a mile under 4 minutes…could not be done. Swimming a 400-meter freestyle under 4 minutes…could not be done. Swimming a 1500-meter freestyle under 15 minutes…could not be done. Swimming across the English Channel…could not be done.
Throughout history, athletic challenges have been laid out before the world and eventually the challenges have been met.During the Renaissance of open water swimming, these challenges are just beginning to fall. Throw out a challenge to the open water swimmers around the world…and eventually the swim gets done.Swimmers familiar with the tides around the Fastnet Rock and lighthouse were under the impression that the swim could not possibly be done. The southernmost point of Ireland, even sailboats have trouble racing off Fastnet Rock and its iconic lighthouse. If a boat has problems, what chance does a swimmer have?
But it took a hardened swimmer Stephen Redmond to prove that tough swimmers with an experienced crew had a fighting chance. After two years of trying, Stephen become the Roger Bannister of the southernmost point of Ireland.
Following his English Channel and North Channel triumphs, Stephen of Ballydehob, Co. Cork, Ireland started in Baltimore, out around Sherkin Island, Cape Clear and onto Fastnet Lighthouse. He rounded the rock and landed, as planned, in Schull Slip. 13 hours and 20 minutes later, another impossible swim of 26 miles in 12-13°C (53.6-55.4°F). “I had to avoid the yachts passing the lightouse involved in the Fastnet Lighthouse Yacht Race, and there were whales and dolphins. The Fastnet is a cauldron of tides running in different directions. It is a lethal place and can only be swam on slack tides. I was supported by the Amy K, skippered by Aidan Collins. His team included Patrick O Driscoll, Padraig Hayes and the observer was Yvonne Kane – and a swim that I have been trying to complete for the last two summers.”
The challenge is there now to any swimmer who wants to follow in his footsteps, a boat and crew are available out of Baltimore for anyone who wants to take on this challenge. “It is some of the best water in the world. It is truly an iconic swim, a new challenge for the rest of the open water community with expert skippers and crews available to help.”