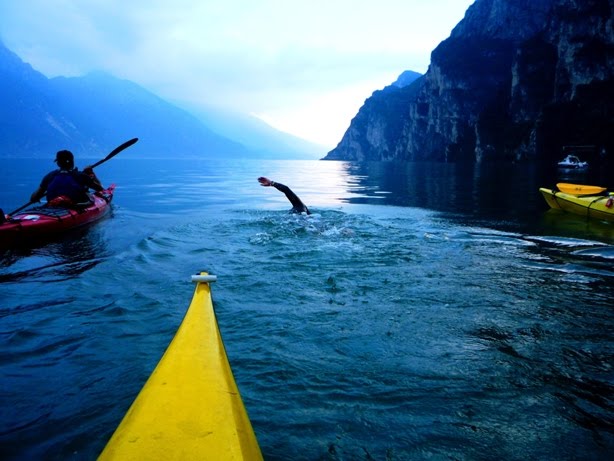 The organizer of the annual 10K round-the-island swim of MontIsola in Lake Iseo started in Riva del Garda in the north and took 16 hours 55 minutes to reach on Rivoltella in the south on 6th.

Federico swam in a wetsuit and was forced to stop temporarily and get in the boat for 1 hour 45 minutes due to dangerous lightning and heavy rain. He restarted from the same GPS position after it was judged to be safe.

Federico became the second person to achieve this swim after Paolo Chiarino first swam the lake in 2008.