Feed And Move Away In The Free Zone 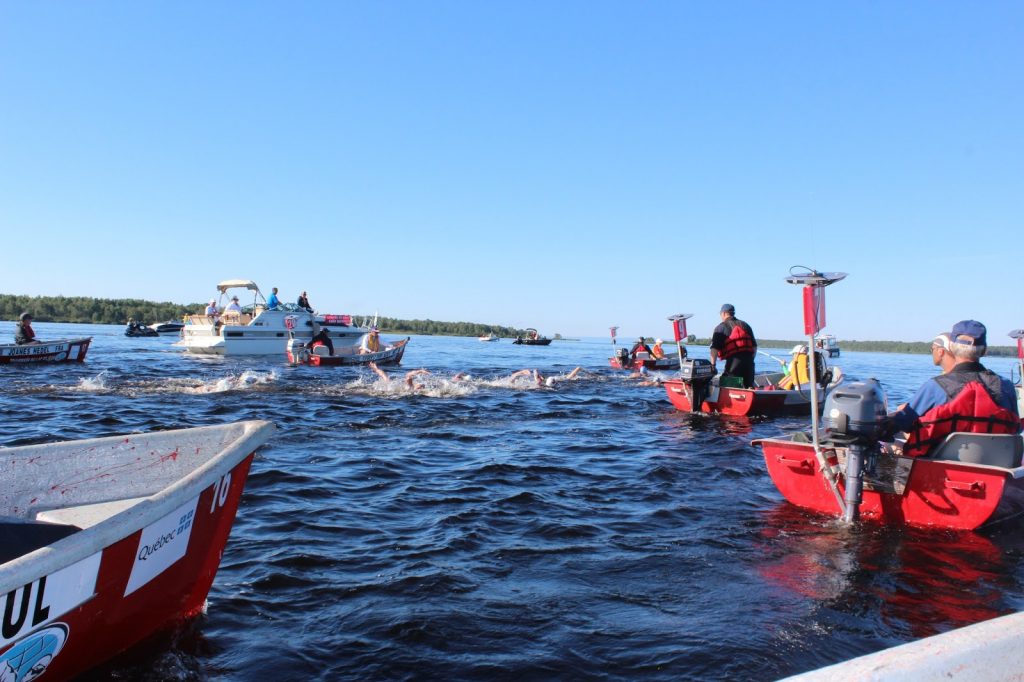 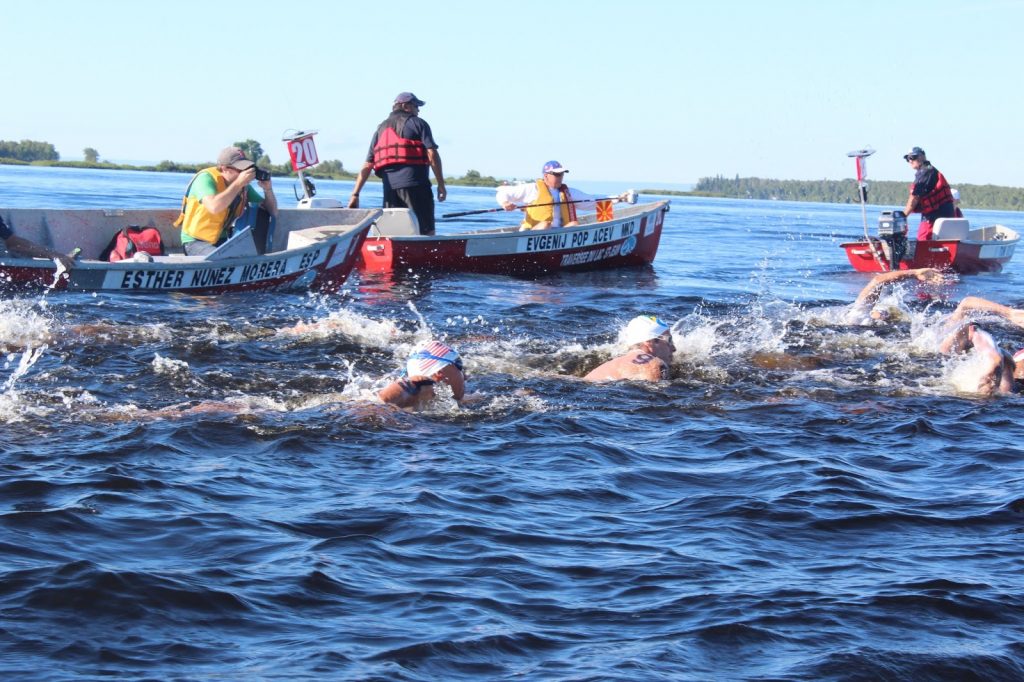 If a bunch of professional marathon swimmers are competing together, it usually causes a huge pack. The pacing, positioning, and drafting skills are called upon.

But the safety issue involves feeding. And feeding is done by their coaches, handlers, and trainers on their escort boats. In the beginning of the race and sometimes throughout the race, the escort boats are in very close proximity to one another.

This proximity of the athletes in the water and the escort boats can create potentially dangerous situations. At the Traversée Internationale du lac Memphrémagog, FINA Delegate Daniel Leduc and the coaches discussed creating a “free zone” around the large packs.

If coaches and boat drivers do not move away in a timely manner, the referee can penalized the swimmer with a yellow card for unsportsmanlike conduct. But in the spirit of camaraderie among open water swimmers, this creation of a free zone is a fair, equitable, and gentlemanly means to create equitable conditions and opportunities for feeding for all.