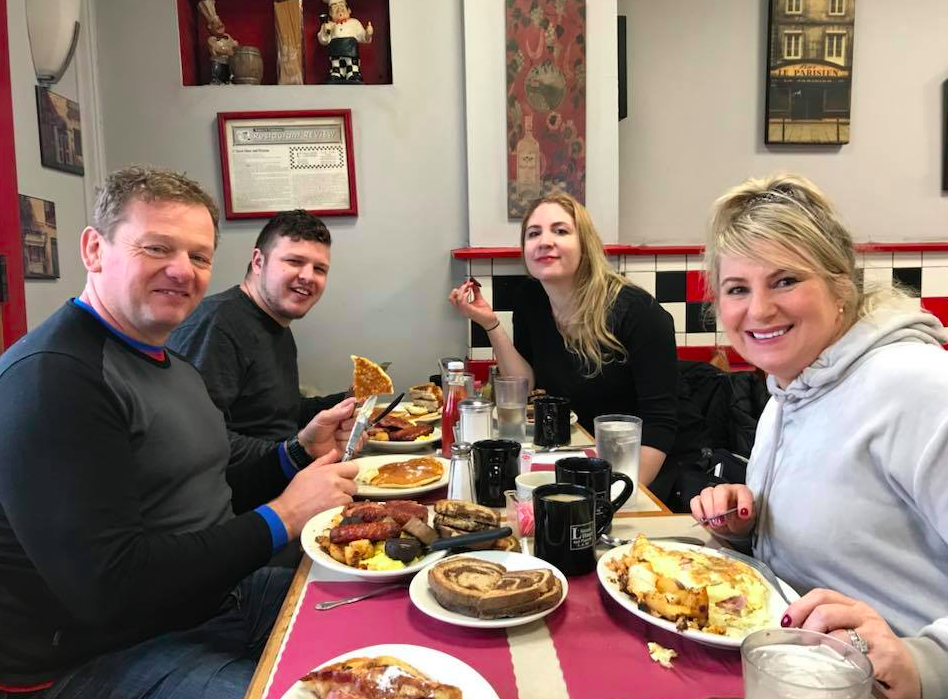 So he ended up sustaining himself with a lot of white bread and butter – and crossing the Tsugaru Channel in 12 hours 45 minutes.

But fellow Irishmen Ger Kennedy and Conor Turner did not have this food issue during their current tour of ice swimming in America where they attempted an Ice Mile in Boston Harbor and will participate in the United States Winter Swimming Championships in Vermont [see below] this weekend. “We had a big breakfast at an Irish cafe in south Boston after our Ice Mile [shown above with Jaimie Monahan and Alice Kelliher] at M Street Beach.“

After enjoying the Irish meal, Kennedy went on to complete his Ice Mile in 32 minutes while Turner completed his first Ice Mile in 23 minutes with the assistance of seconds and fellow Ice Milers Rena Marie Demeo and Elaine Kornbau Howley. 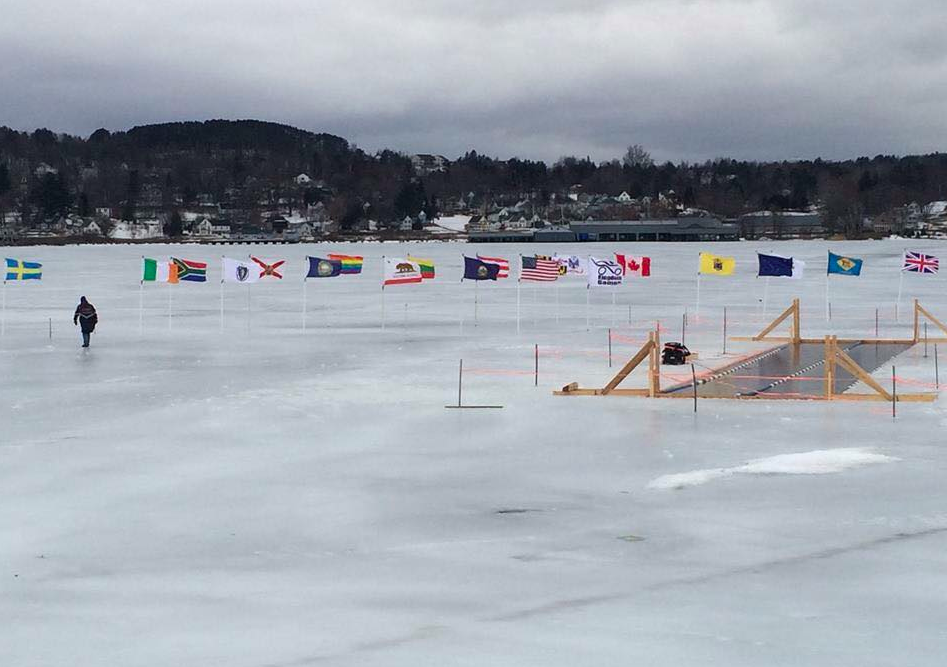