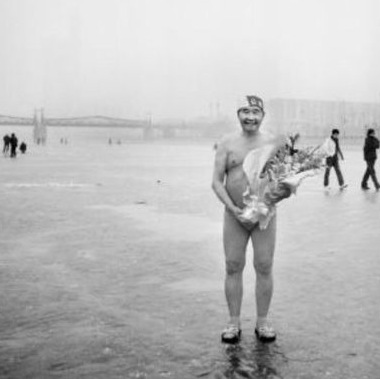 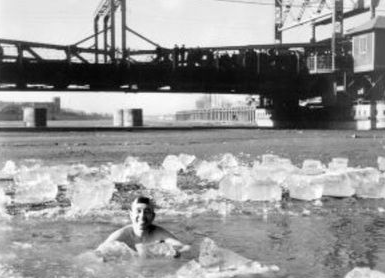 Feng Yao-Hsien (冯耀先) is the only Chinese swimmer who has been inducted in the International Marathon Swimming Hall of Fame to date.

The 89-year-old Chinese phenom was inducted in the Hall of Fame in 1973 as an Honour Swimmer.

The China News Agency reported on August 8th 1965, the 37-year-old swam 161 km (99.6 miles) in 61 hours in the same river to set a Chinese endurance record that continues to this day. Feng started in the Zi Ya River at Tientsin in northeast China and swam with another police officer, the 21-year-old Tien Pao Jan. The duo started at same time while Feng swam 161 km and his younger colleague swam 110 km (68.35 miles) in 41 hours.

Both men are members of the 24-Hour Club with their lengthy river swims.

Professionally, Feng was credited with saving over 200 lives in the Hai River, as a water policeman and also (off-duty) while training.

After several decades in the cold water, Feng continues to be involved in winter swimming in his native China.