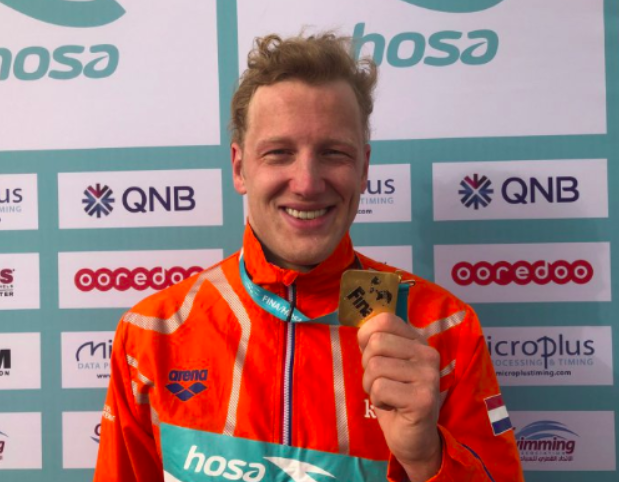 Despite wrapping up his long season with a 7th-place finish in the10 km race held in Abu Dhabi, United Arab Emirates this last Friday, Ferry had enough to best second-place Jack Burnell of Great Britain.

The 2018 World Open Water Swimming Man of the Year nominee was obviously satisfied with his season.

“It’s the first time for me that I managed to compete in the series and win. I had Olympic, World, and European titles – only the [FINA/HOSA Marathon Swim] World Series was missing. Now, it’s done. Moreover, finishing the year with a race like this in Abu Dhabi is fantastic.

The highlight in 2018 was my victory in Doha – it was my first series’ victory. I very much liked the overall experience – travelling to so many places, meeting the same people all the time. We are really an open water family. Now, it’s train, train and train to make the cut for the Olympics in 2020
.”

To vote for the WOWSA Awards and the 2018 World Open Water Swimming Man of the Year, visit here.