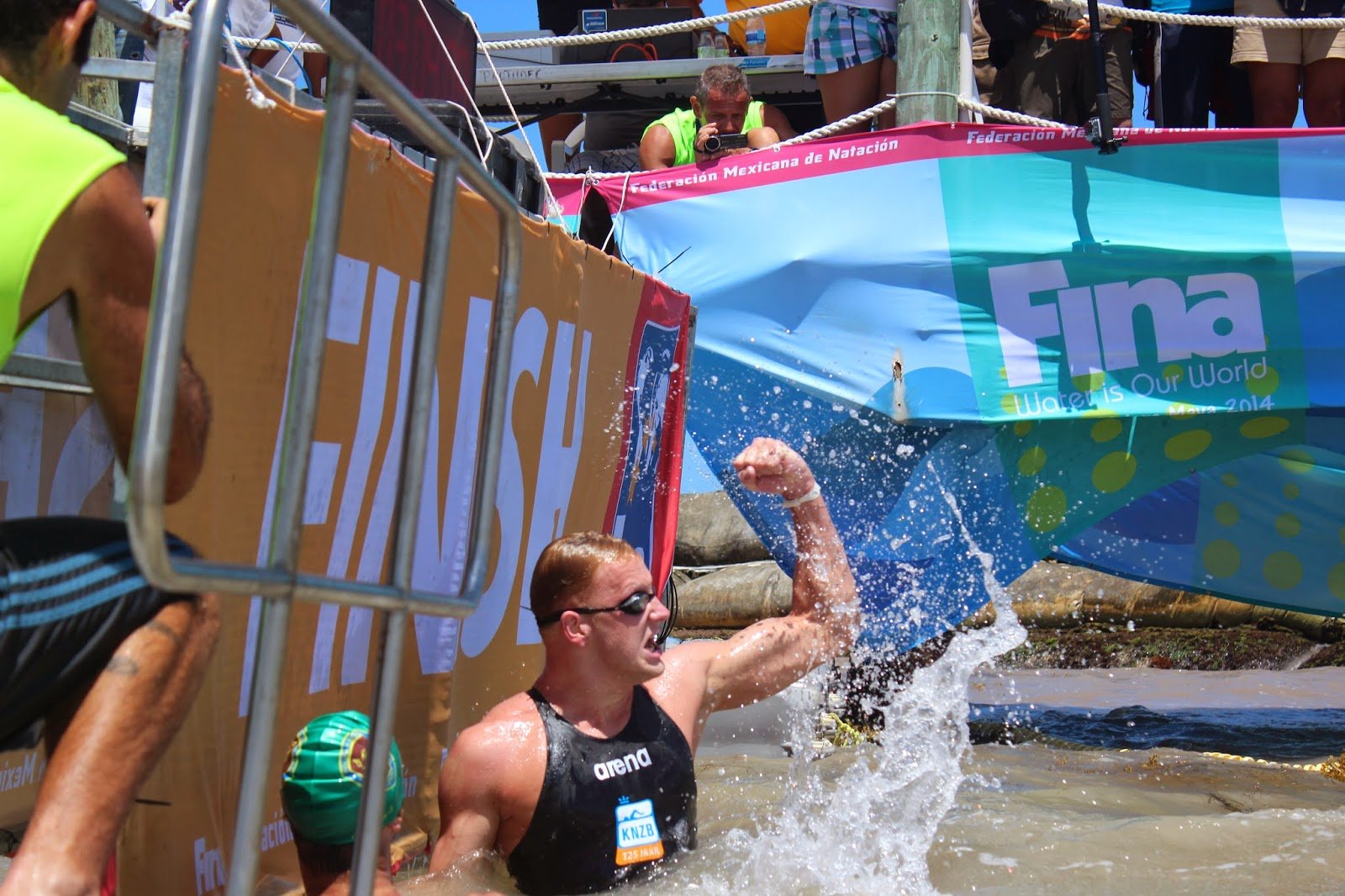 Steady and powerful, 23-year-old Weertman led for most of the 15 km race in the turbulent, windy Caribbean Sea off the Yucatan Peninsula.

He made the moves and surges to which his competitors had to respond, finishing in 3 hours 4 minutes and 4 seconds only a few strokes ahead of Simone Ercoli who pushed him hard to the very end.

“This race was for experience, but he is preparing for the European open water,” Patrick Martens, the team trainer of Team Netherlands. 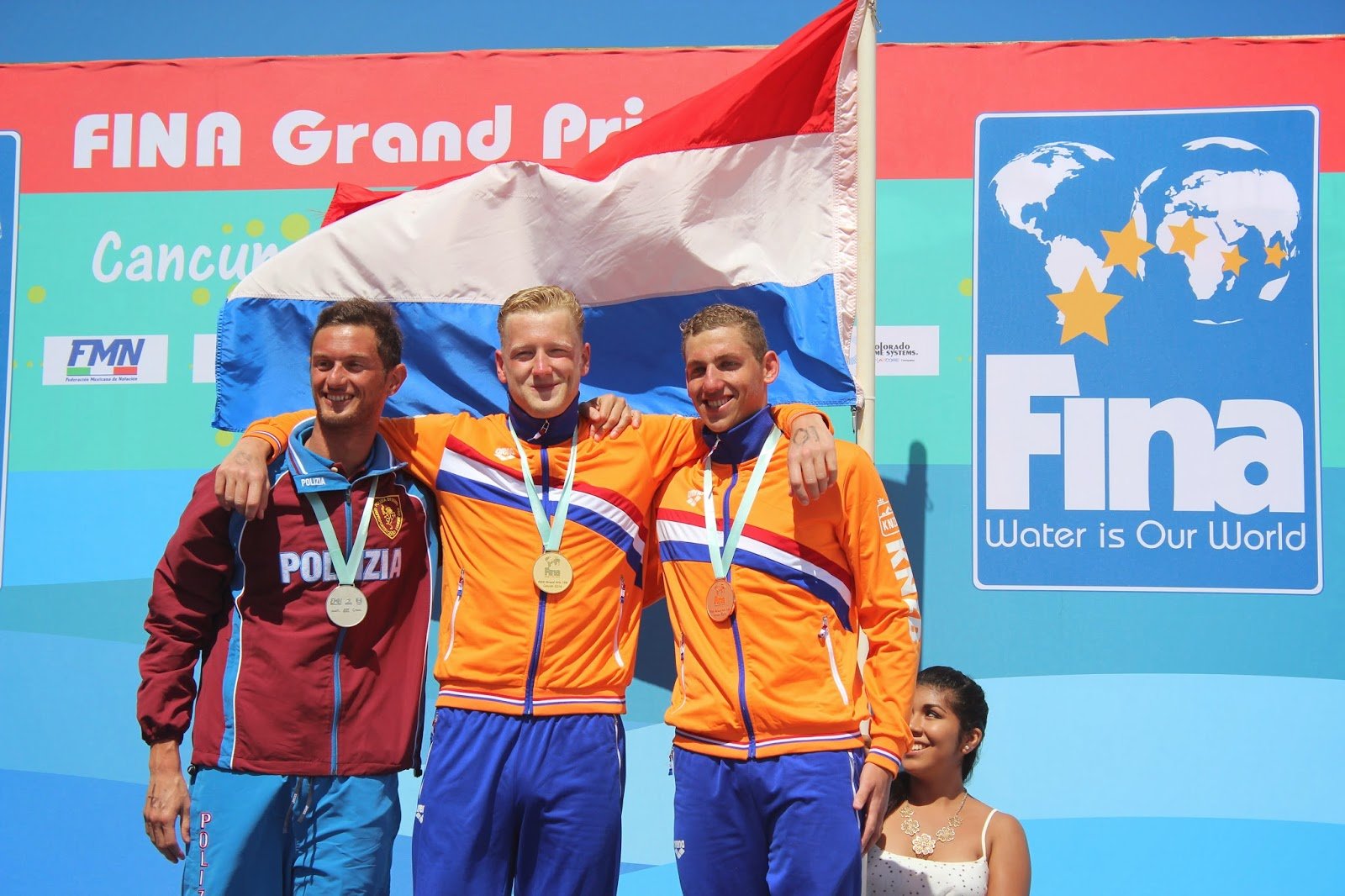 “It was really tough out there in these conditions,” said Weertman who won his first Grand Prix race. “I did a different race tactic this time. I got in the front so I could really push the pace. I did a different approach because I am usually in the pack. But in this race, I got in front way earlier and just held my position.”

Strong, powerful and steady: a testament to the tough Dutch competitiveness.