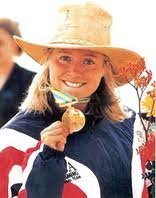 FINA announced the members of its Task Force on the investigation of the causes and circumstances of the tragic death Fran Crippen (USA) during the FINA 10KM Marathon Swimming World Cup in the United Arab Emirates. The five-member body is international in scope with roots in the open water world.

The Chairman is Gunnar Werner, a member of an open water swimming commission in the late 1980s, lawyer, Senior Vice President of the Court of Arbitration for Sport and a FINA Honorary Member.

The members include Harold Vervaecke, PhD of Belgium, the Secretary General of the International Life Saving Federation with a doctorate in Sports and Physical Education and Dr. Antonio Pelliccia, MD of Italy, the Scientific Director of the Institute of Sports Medicine of CONI and World Authority on Cardiovascular Disease and Sports Medicine (specializing in sudden death).

Additionally, Greg Towle (subject to confirmation), the very experienced national and Olympic open water swimming coach of Australia, and Dr. Tobie Smith, MD of the USA, the 1998 FINA 2K world champion and doctor of family medicine, are also members. Importantly, Greg was actually in Dubai at the competition which enables him to provide a first-hand perspective to the committee.

The members of the FINA Task Force will begin their work immediately.