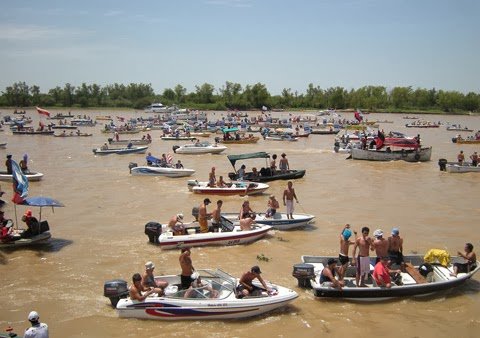 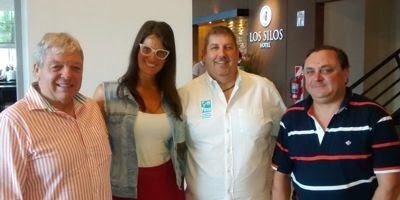 John West is one of the most active FINA open water swimming officials. Seen throughout Asia, Oceania, the Americas and Europe, West serves as a referee, Safety Delegate, clinician and TOWSC committee member.

West will be working with Samuel Greetham and José Veloso at the 41st Maratón Acuática Internacional Santa Fe – Coronda.

At the press conference, West explains, “As the Safety Delegate in the race, I will be responsible for ensuring that the safety requirements of FINA are followed before, during and after the competition. It’s about working with local organizers to check that the course is safe, swimmers are accompanied individually throughout the race, and that their escorts are able to feed them without getting in the way of the other competitors.”

Veloso who is responsible for the drug testing at the event, described his role, “I will be responsible for the medical issues and doping control for the event. We have protocols and standards that must be respected and enforced by the race organizers. The safety and health of swimmers is the primary responsibility of our work. For anti-doping controls, we have implemented an excellent Biological Passport which was implemented at the previous FINA World Championships. In addition, this system will be deepened in other aquatic disciplines in the course of this year and throughout 2015.”

On the improvement implemented by FINA, the New Zealander West explains, “Security has become a very important part of all FINA competitions. This practice has been implemented for several years successfully at the FINA World Championships and on the FINA 10K Marathon Swimming World Cup circuit, so it was decided that these practices should apply to all FINA competitions including the Grand Prix. We have also implemented some rule changes at the quadrennial review in Barcelona last July [at the World Championships]. These new rules will apply to the race this year so we will have few major changes for spectators at this year’s Santa Fe – Coronda race.”

West recalls his previous experiences in Santa Fe – Coronda. “My first experience in Santa Fe – Coronda was in 2009. I have had the privilege to return. It is special in a way that inspires athletes and the public who view the race from various locations. It’s an experience that I have enjoyed each year with its long history and tradition to celebrate and be enhanced with each new edition. The race has become more than just a race. It’s a celebration for the community.”

Veloso agrees, “It is an honor and a great pleasure [to serve]. It’s my eighth marathon race and the second in Santa Fe. I really enjoy this beautiful city and I have had the privilege to be well supported in order to successfully accomplish my work with the FINA rules.”