Creating A Purple Patch In The Open Water 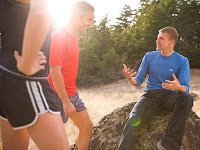 Matt, widely acknowledged as one of the world’s leading coaches for endurance athletes, will talk about training from a metabolic standpoint for optimal race preparation. 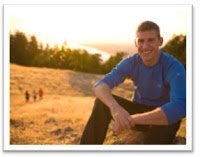 Originally a swimmer from England, Matt took his prowess from the pool and transitioned to a career as a professional triathlete.

He then combined those athletic experiences with his masters in Clinical and Exercise Physiology to create an extraordinarily successful coaching business that has resulted in many purple patches for his athletes. 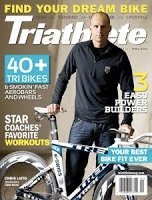 And his athletes are among the best in the business. Matt coaches 3-time Ironman champion Chris Lieto (shown on left) who has chalked up 3 Top 10 finishes at the Ironman World Championships including second in 2009, Tyler Stewart, the 2009 Ironman Champion Coeur D’Alene and two-time amateur Ironman Hawaii World Champion, Linsey Corbin, 5th at the 2008 Ironman Hawaii, Rachel Joyce, 6th at the 2009 Ironman Hawaii World Championship and several other top pros as well as elite and amateur endurance athletes, CEO’s and executives from leading worldwide companies and fitness enthusiasts.

Matt, a proponent of creating Purple Patches for and with his athletes. He explains the old English saying, “Purple patches are periods of excellent performance, when everything seems to go right, work properly and is in perfect balance. Everything seems to fall into place and flows, making it seem like you can do nothing wrong.”

“My vision and business is to aid you to find more frequent purple patches. Whatever the goal, whether it is life balance, energy in the day, training for a specific event or looking to lose those extra pounds – the methodology employed by Purple Patch will help you create habits that will produce the results.”

It will be a pleasure for the open water swimming and triathlon communities to listen how they can create their own purple patches at the Global Open Water Swimming Conference in Long Beach, California on June 5th.