Finishing 8th Is An Olympic Victory 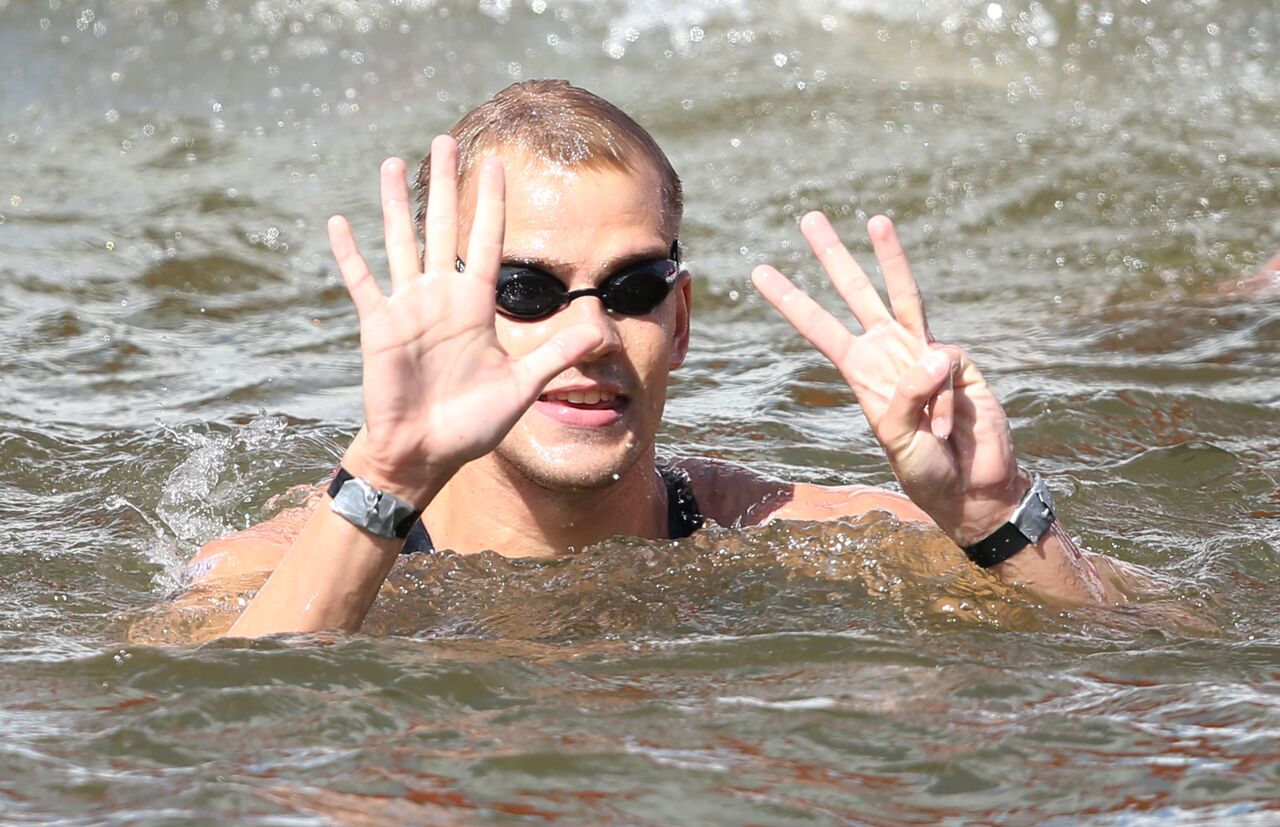 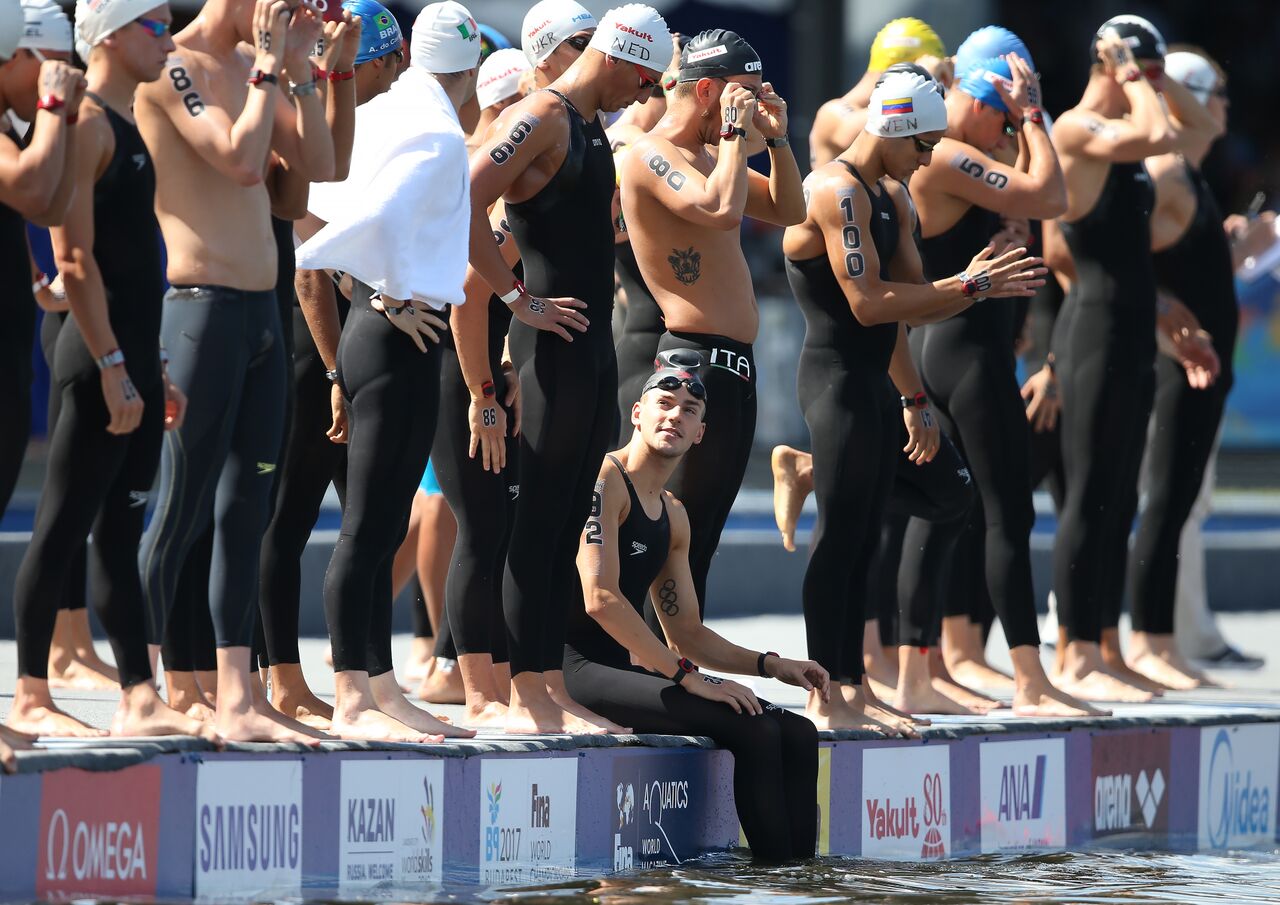 But when only 10 of the fastest open water swimming men on the planet qualify for the Olympic 10K Marathon Swim at the 2016 Rio Olympic Games, there is plenty of joy to be had for the Top 10. The Top 10 are now Olympic finalists and can train and focus for the next year on the Olympic 10 km race.

As is his strategy, Canada’s Richard Weinberger came back from way down, as far as #34 behind, to finished eighth in the men’s 10 km marathon swim and qualify for the 2016 Rio Olympics.

Weinberger’s time of 1:50:19 was good for eighth in the four-lap, pressure-packed race on a beautiful day in the Kazanka River. Eric Hedlin, 22, of the Swimming Canada High Performance Centre – Victoria came 56th at 1:56:52.3. The 25-year-old Weinberger, who trains at the Swimming Canada High Performance Centre in Vancouver, is now positioned to step up on the podium.

“I’m pretty happy. All focus is on the Olympics now, I’m going for gold in Rio. I just had to be careful and don’t show my cards all at once, focus, keep my cool and when the time was right – and I guess it was because I finished eighth – I put the hammer down.”

Weinberger was 18th after three laps, but had plenty left in his tanks to qualify for Rio. Open water swimming coach Mark Perry knew that he had to execute his race strategy to perfection to fight back from 18th position to somewhere – anywhere – in the Top 10. “It kind of all figures itself out on the last lap. [Richard] was following the race plan exactly. If people were watching on the Internet and thinking ‘Oh my God we’re in 30th,’ it’s not a big issue. That was where we wanted him to be. The idea was to swim the race conserving energy and then you’ve got something left at the end. You see that the people who were leading for a long time didn’t make the Top 10 and they’ve not qualified for the Olympics.”

While Weinberger was way, way, way behind at half, the first-half leader Gergely Gyurta of Hungary found himself in 13th spot – and out of the money.

“The goal when we came in here for Richard was to get in the Top 10 and he swam a really smart race. The last week and a half when we’ve been training that’s the exact race plan we’ve worked on. He moved steadily through the pack, kept his cool and he took the right line off the last buoy. His open water skills are what got him in the Top 10,” Perry said about the top Canadian open water swimmer.

“With Richard Weinberger there’s been a lot of work go into that by both Richard and his coaches at the High Performance Centre – Vancouver. With Tom Johnson it’s been a real team effort, with UBC coach Steve Price working with him and Mark Perry the open water lead coming in to work through Pan Am Games and staging in Sabadell (Spain) then here in Kazan. It’s great for him to get in the top 10, now it’s all about focusing for next year in Rio 2016,” Swimming Canada High Performance Director John Atkinson said.