First And Foremost, Forging The Future 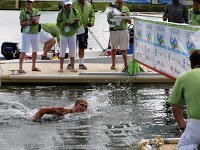 130 swimmers from 31 countries gathered near Niagara Falls to make their own splashes as they debuted on the international open water stage.

Following in the footsteps of Olympians Thomas Lurz and Angela Maurer, Germany’s young talent won 4 of the 6 available world titles.

We are certain to see some of these swimmers at the 2016 Rio Olympics.