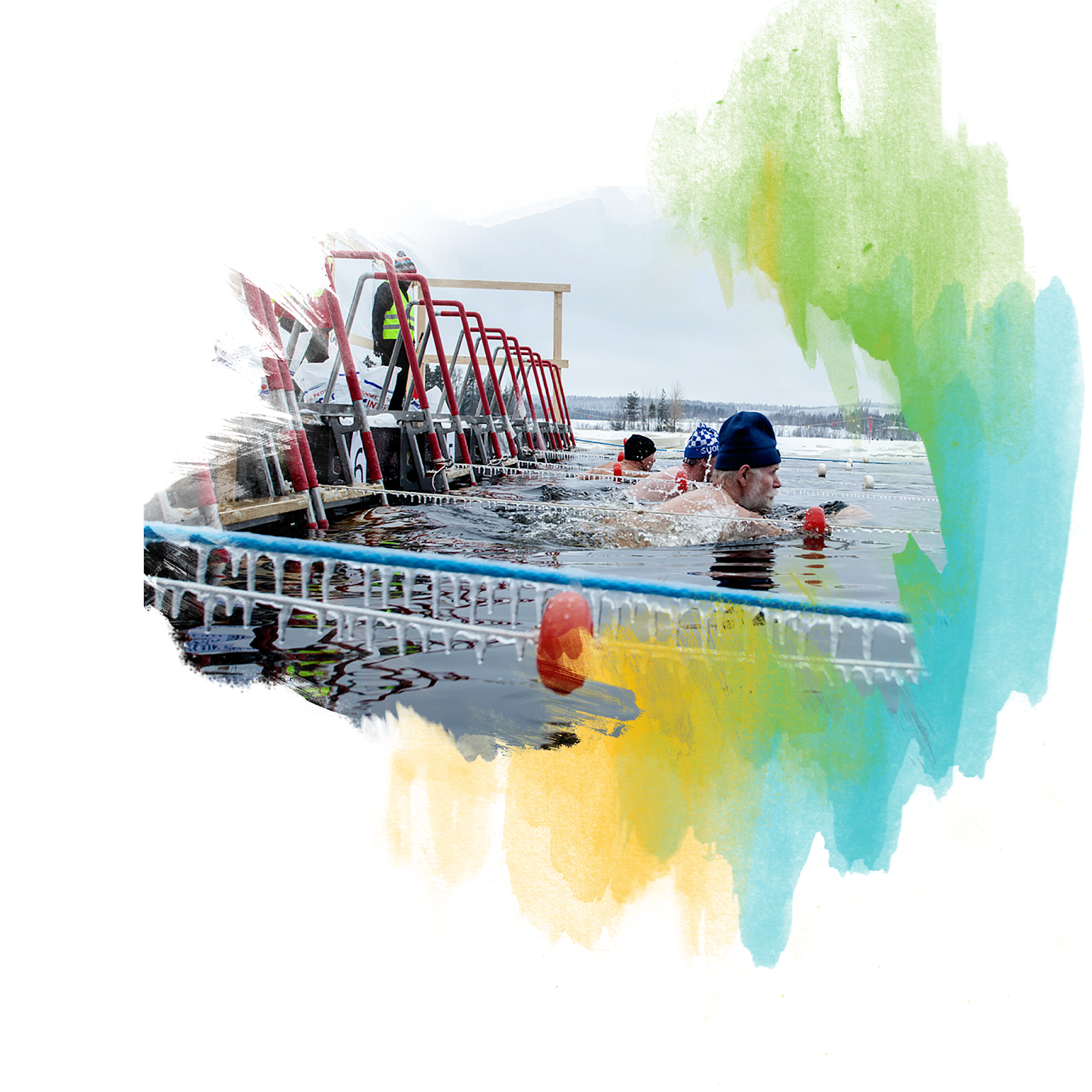 Päivi Pälvimäki is the Winter Swimming Coordinator for The Outdoor Association of Finland – Suomen Latu. She describes an old winter swimming event in Peurunka, Laukaa, Finland.

The inaugural Winter Swimming European Championships will be held between March 1st – 3rd 2019 at the Spa Hotel Peurunka in Peurungan.

The Winter Swimming European Championships will be held once in every other year starting in 2019. Registration is open until February 18th 2019. The races include the following:

Some of the superstars who may compete include Igor Lukin of Russia, Yaroslav Pronin of Belarus, Aleksandra Bednarek of Poland, Hania Bakuniak of Poland, Nadezhda Dudina of Russia, and Oksana Beletskaya of Russia. The swimmers were either nominated for the 2018 World Open Water Swimming Man of the Year or the World Open Water Swimming Woman of the Year awards.

Aleksandra Bednarek, a 20-year-old Polish swimmer from Łódź, represents the Polish Ogrodnik Team and set two world records at the 2018 Winter Swimming World Championships in Tallinn, Estonia in the 50m breaststroke (37.89) and 200m breaststroke (3:00.53), and an age group record in the 100m breaststroke (1:27.21).

The 22-year-old Hania Bakuniak entered the winter swimming community in 2018 and swam her way into the record books. She won the 1 km ice kilometer championship at the 2018 Ice Swimming Aqua Sphere German Open in a new world record of 13:05.7 – that would rank her 7th overall among men. She won the 50m freestyle, the 200m breaststroke, the 50m butterfly, and the 500m freestyle at the prestigious 2018 Ice Swimming Aqua Sphere German Open. She also won the 100m freestyle, finished 3rd in the 50m freestyle and 200m freestyle and 4th in the 450m race at the 11th Winter Swimming World Championships in Tallinn, Estonia and later in summer completed a 32.3 km crossing of the Catalina Channel in 10 hours 19 minutes.

For more information about the Championships, contact Tiina Björk via email at [email protected]. To register, visit here.

To vote for the WOWSA Awards, visit here to vote online.