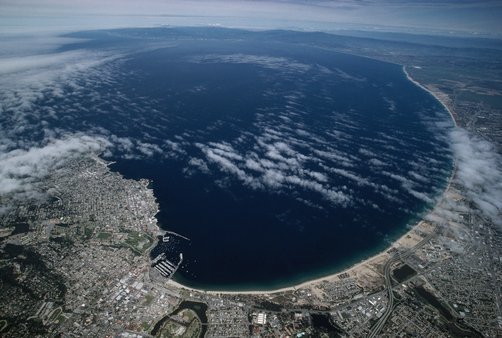 Five men will attempt a tough relay crossing of cold, jellyfish-strewn Monterey Bay and will set off in the early morning of August 22nd.

Three members of the team, Paul Reynolds, Frank Reynolds and Thomas Dietrich have been key members of NCAA water polo team championships at University of California Berkeley and UCLA, but all team members are avid watermen who are comfortable with the obstacles they will face in Monterey Bay.

Their chosen course is 26 miles (42 km) where they will face cool waters and smacks of countless jellyfish.

The current record for fastest Monterey Bay crossing was set by Patti Bauernfeind at 13 hours in 2014. The first recorded crossing was by Cindy Cleveland in 15 hours 21 minutes in 1980. Kim Rutherford completed the third solo non-wetsuit swim in 2014 in 22 hours 6 minutes and Bruckner Chase completed a wetsuit swim in 2010. There have been reportedly several relay crossings over the past few decades.

The team is raising funds for the Lewy Body Dementia Association that afflicted Frank and Paul’s grandfather, Frank Reynolds I. Their fund-raising site is here.

Thomas Dietrich, Frank Reynolds Jr., Paul Reynolds, Joe Schertler, Michael Scharf, and coach/captain Peter Albers will depart Capitola at 3 am on August 22nd and plan to finish at Lover’s Point sometime between 2:00-3:30pm that Sunday afternoon. The quartet, coached by Pete Albers, can be tracked here on the Swim Monterey Bay website. 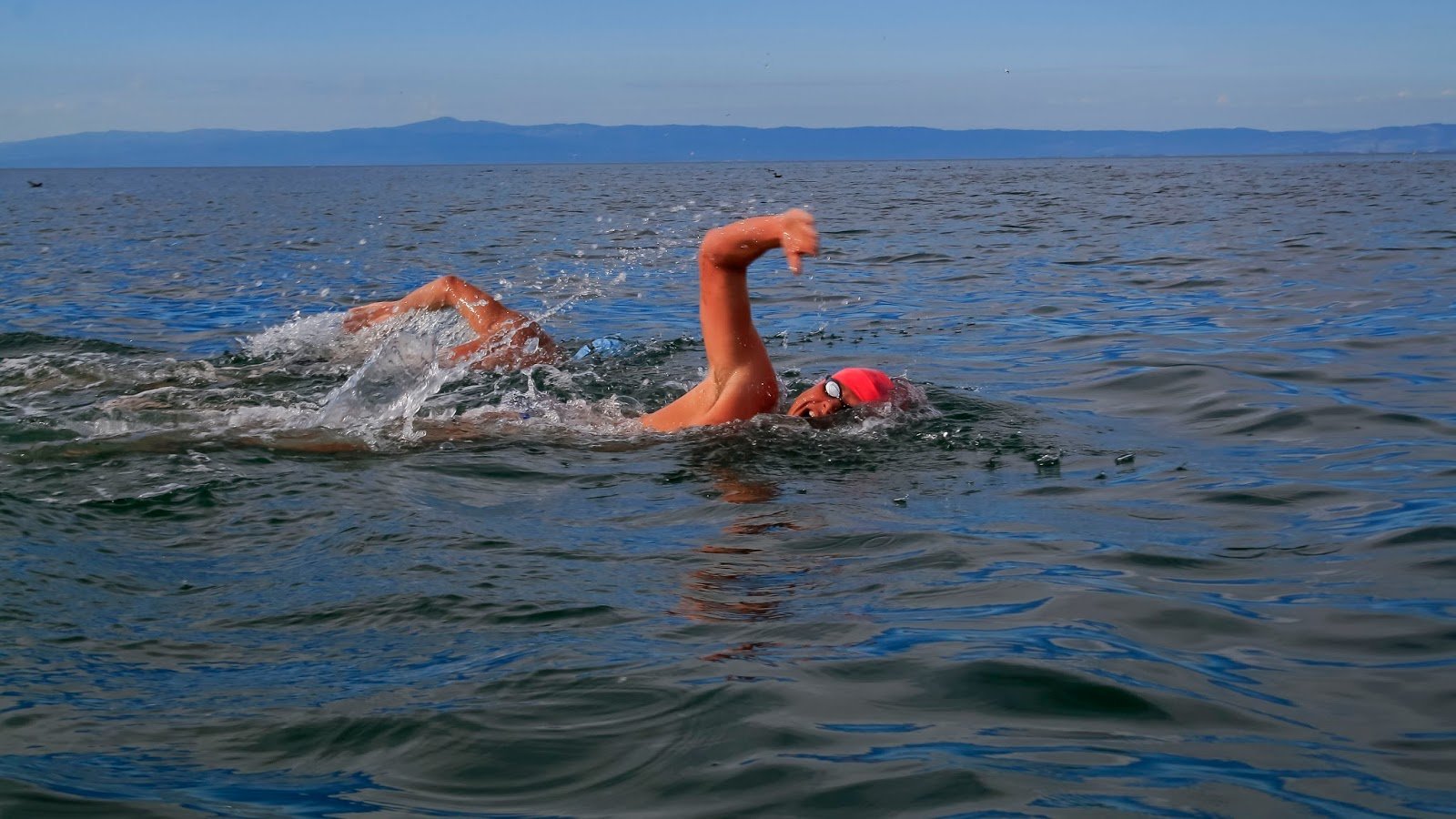 Photo above shows Thomas Dietrich and Frank Reynolds training in the Monterey Bay.

Editor’s Update: Kimberly Rutherford of the Monterey Bay Swimming Association confirmed that there have been many previous successful relays across the Monterey Bay including the memorial relay performed by the University of California at Santa Cruz men’s and women’s swim team and the CRUZ Masters Swim Team. Historical information on each of these relays is being researched now.