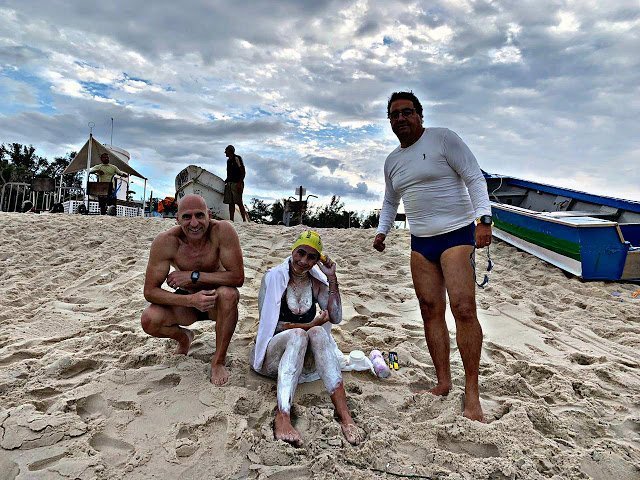 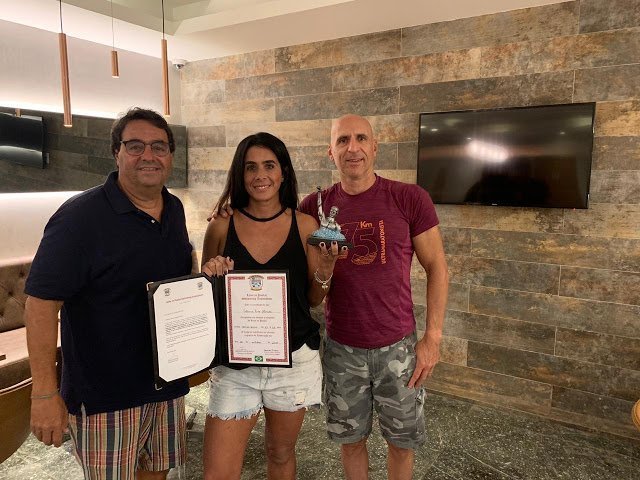 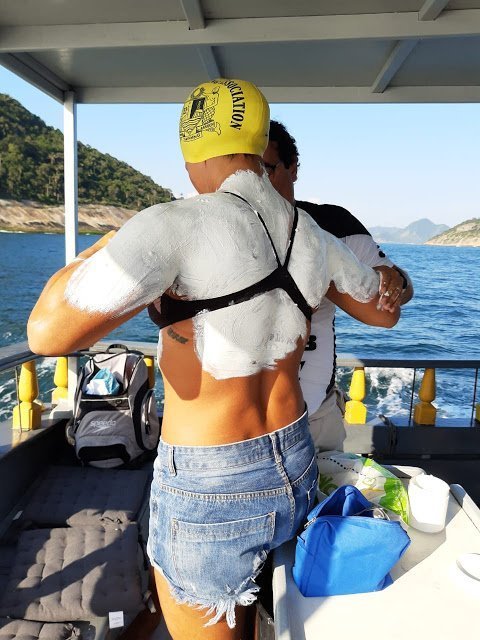 Catarina Almeida Porfírio, who had earlier completed the Travessia do Leme ao Pontal in January 2019, decided to challenge herself once again.

A two-way crossing, an unprecedented round trip between Leme and Pontal in Rio de Janeiro, Brazil, totaling 72 km.

Adherbal de Oliveira, visionary behind the 36 km Travessia do Leme ao Pontal reported, “Catarina, regardless of the final result, had already written her name in the history books for being the first swimmer to attempt this feat, which had been unthinkable so far.

Catarina was prepared to cross the English Channel earlier this season, but unfortunately she did not get her chance due to the weather during her window.

In order not to waste all her preparations and conditioning, Catarina decided to test her limits with the 72 km two-way crossing despite facing the difficulty of finding a favorable day in both directions. So we began researching the winds, swells, currents and tides – and found they were not entirely favorable in both ways. After a month of waiting, the opportunity presented itself, but with great risks of strong winds over the final stretch.

On the afternoon of October 29th at 4:16 pm, Catarina started.

The wind in the early hours was light and in the southeast direction. The swell that was also from the southeast would help her on the way from Leme to Pontal, but it would present an obstacle to overcome on her return. The winds on the way back would come from the mainland, but easterly winds would hit her from front and were forecast in the late afternoon of the 30th which would be a big problem for Catarina.

So Catarina started her swim without saving energy. But her pace was a little slower than the first time she had swam from Leme to Pontal in 10 hours 14 minutes. She continued without much difficulty.

Along the way, the wind shifted and blew from various directions, causing the sea to be slightly wavy, which made it difficult for her to swim, making her average pace slow to 2:30 per 100 meters.

But Catarina kept keeping her stroke rate constant at 60 strokes per minute, overcoming the most complicated stretches, such as São Conrado and Barra da Tijuca beach, despite the medium-high pace.

She began to feel pain in her right shoulder and complained a few times about this discomfort to her escort crew during her feedings.

She completed the first leg in 13 hours 18 minutes, much slower than she had planned. She fed for 10 minutes in the sand of Pontal, as described in the Leme to Pontal Swimming Association regulations and returned to the water with the purpose of returning to Leme.

But the pains in the right shoulder began to greatly bother her especially since she needed to swim against the southeastern swells and, as a result, was pushing herself hard.

With more than 14 hours of crossing, her speed dropped significantly, close to 1.5 km per hour, but she still struggled to overcome all odds. Her staff including Harry Finger and nutritionist Reinaldo Bassit did their best to motivate her, and the crew of Captain Max Paim Viglio’s Boa Sorte escort boat sought to find the course that was most favorable for the swimmer.

However, after three hours and after 17 hours of swimming, Catarina decided to abandon the challenge due to severe pain in her right shoulder. Upon leaving the water, Catarina showed great tranquility and awareness of the difficulties of this round trip attempt.

But with the completion of her second Travessia do Leme ao Pontal, Catarina became the Queen of the LPSA Solo and her swim was recognized by the Association as the SWIM LPSA ENDURANCE that formerly belonged to Edilson Bento who took 15 hours 50 minutes to cross one-way in 2018.”

To attempt the Travessia do Leme ao Pontal, you must reserve a window and adhere to all the rules the Leme to Pontal Swimming Association website (www.swimlpsa.com.br). If you have any questions, send an e-mail to secretary@swimlpsa.com.br. 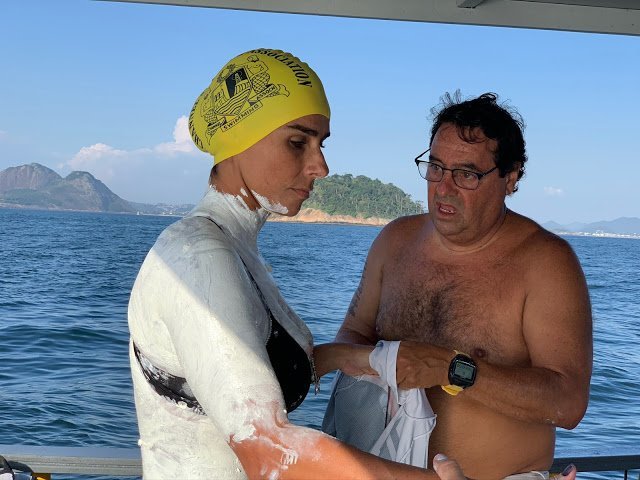 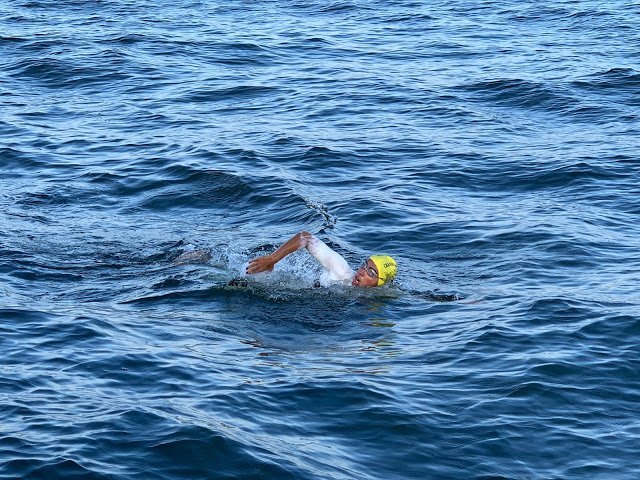 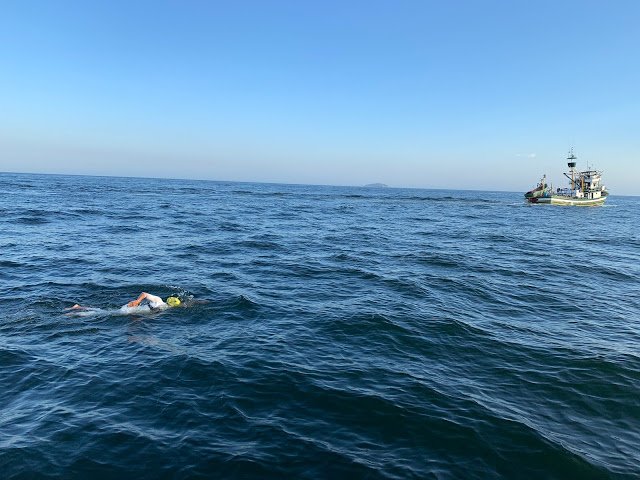