Fish Or Meat? What Do Orcas Prefer? 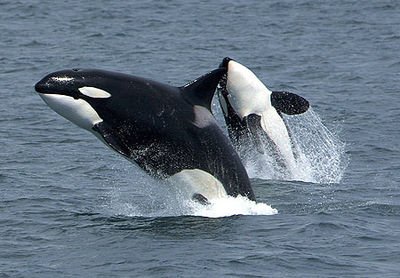 Similar to humans who prefer fish or meat, orcas can have their own particular food preferences.

These scientists speculate that because the hunting tactics for fish versus mammals is different, the learned behavior of subsequent generations could lead to the fish-lovers and the mammal-hunters to become genetically distinct and unable to reproduce. A report of the fascinating possibility is posted here.

Photo of orcas breaching by Robert Pittman of the NOAA.