Flag Ceremony In The Red Sea 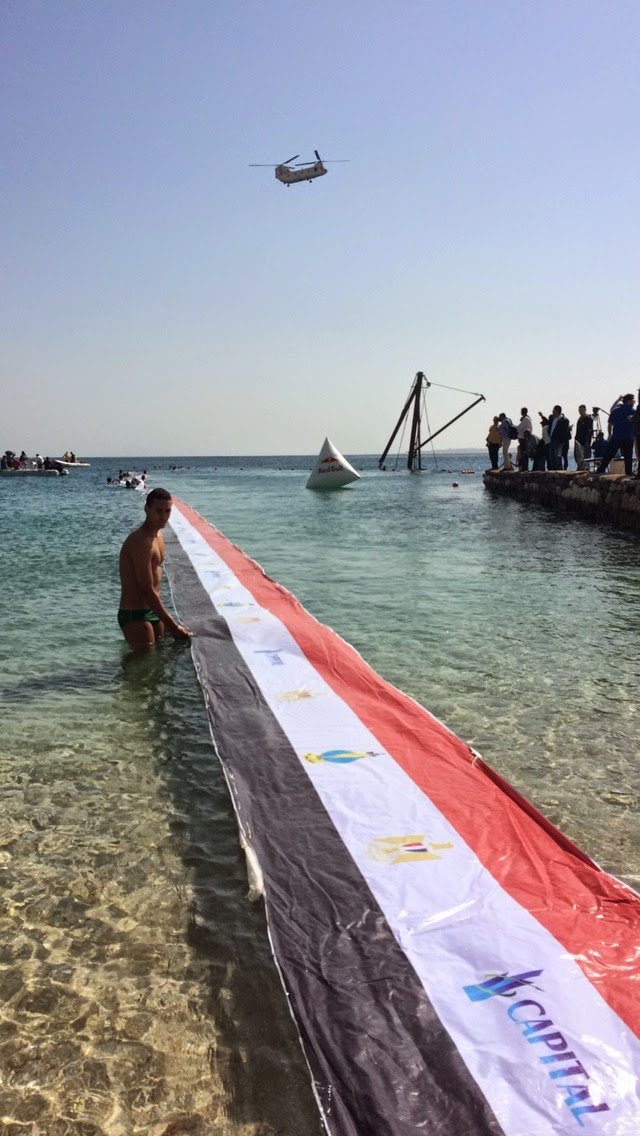 Courtesy of Lexie Kelly at the Red Sea.

There were a few hiccups in last year’s inaugural Stroke for Egypt event when the 2.5 km-long flag did not properly lay down on the surface of the Red Sea.

But organizers Khaled Shalaby, an Egyptian who swam across the English Channel with just one arm back in 1983, and Sherwitte Hafez, a 1984 Olympian from Egypt, got it right this year when a seemingly impossibly long 2.5 km flag was impressively unfurled on the Red Sea before the start of the 5 km swim.

Nestled in the calm, warm waters off the coast of Sahl Hasheesh in Egypt, the flag was unveiled as Shalaby and Hafez had planned.

The governor presided over the unique flag extension ceremony where American, British and Egyptian swimmer shared the water with local special needs swimmers.

A slew of Californians including Lexie Kelly, Evan Kraus, Jenny Perrey and Megan Monroy along with Great Britain’s Michael Read and a pod of swimmers from the UK took part.