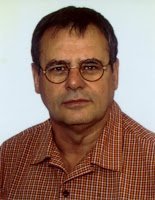 After a storm of media reports about Flavio Bomio‘s alleged sexual abuse of minors and information received from the Swiss Swimming Federation, FINA’s Cornel Marculescu suspended Bomio from his position as the Honorary Secretary of the FINA Technical Open Water Swimming Committee.

The multi-lingual LEN and FINA administrator from Switzerland is well-known in the professional marathon swimming and elite open water swimming community.

Between organizing some of the world’s most competitive open water races and team time trial relays in Europe, at the world championships and Olympics, the former FINA TOWSC Honorary Secretary had a very strong influence in how the sport is currently conducted. He was a powerful member of the FINA Open Water Swimming Commission and compiled the rankings of the FINA 10km Marathon Swimming World Cup and the FINA Open Water Swimming Grand Prix circuits.

As a member of the four-person FINA Open Water Swimming Commission, he had a strong say and governing hand in every aspect of the FINA-sanctioned open water swimming competitions, from selection of sites and interpretation of rules to selection of referees and what new rules and regulations were recommended to the FINA Bureau. With the approval of the FINA Bureau, Bomio also initially investigated the death of Fran Crippen in Dubai and wrote the final reports of the world championship races during his tenure as Honorary Secretary. He also served as a judge, referee or administrator at every World Championship and European Championship since 1999 and coached athletes to numerous medals in international competitions.

However, after five decades in the sport, Flavio is under arrest after allegations that he sexually molested at least 20 minors, ages 12 to 16. The detention on December 16th occurred just prior to his scheduled departure on a training trip to Florida, USA with several athletes. Flavio is currently detained in a jail in Ticino in southern Switzerland.

According to the local newspapers, the abuses range from the 1970s until recently. The police began investigating after one of his alleged victims reported the matter last month and the investigation continues.