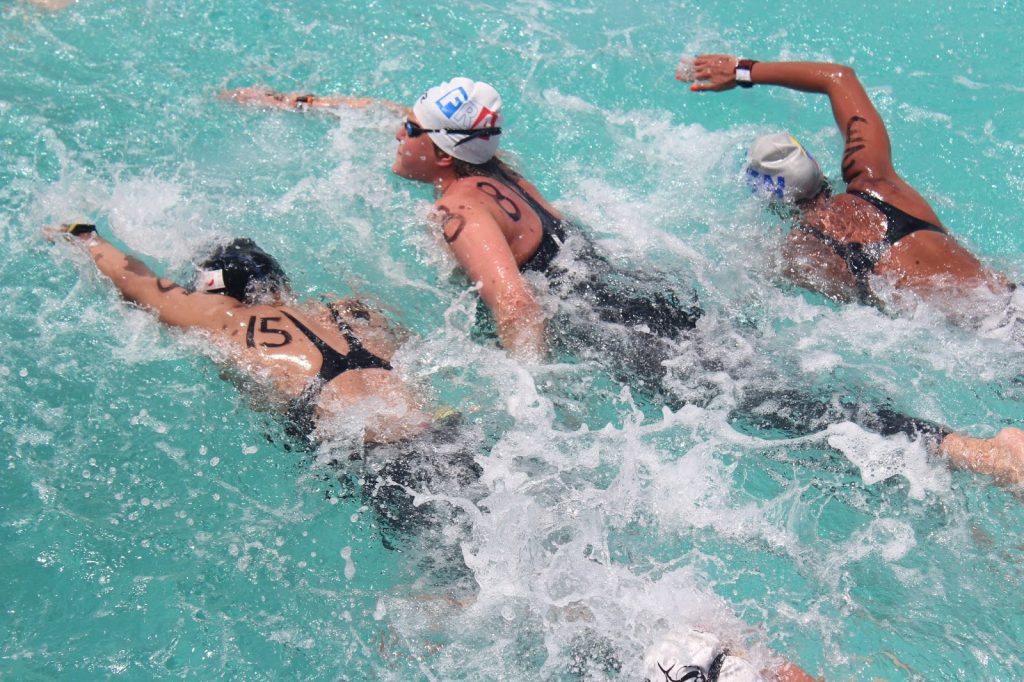 The Flowers Sea Swim is one of the grandest events on the global open water swimming schedule with over $100,000 given away in randomly awarded prizes and awards.

Traditionally, it has been limited to its 1-mile showcase event along the gorgeous Seven Mile Beach on Grand Cayman Island, but this year two new races have been added – the Flowers Sea Swim 5 km and 10 km. And in its first year, it will kick off with some fireworks on the women’s side.

Anderson is the 2012 Olympic silver medalist from Los Angeles, California and Balazs is a Canadian Olympian who participated in the 2012 Olympic 10K race. Palfrey is one of the world’s most adventurous and accomplished marathon swimmers, specializing in channel swims around the world including her 68 km ocean swim in the Cayman Islands. Like Palfrey, Held is a member of the Triple Crown of Open Water Swimming. Rowe will give Anderson a good run for her money and has won numerous races throughout Australia and the United States. Additionally, FINA Open Water Swimming Grand Prix competitor Lexie Kelly will join in the 10 km race along Seven Mile Beach.