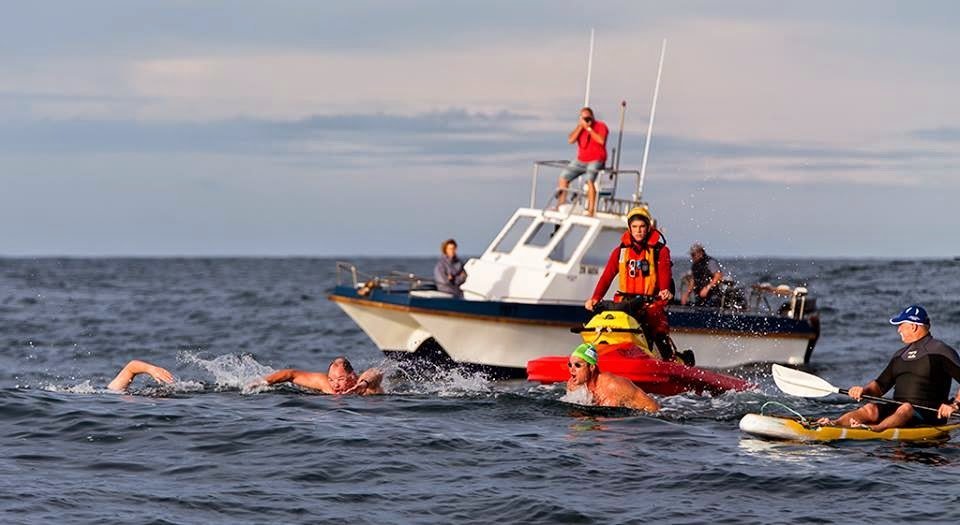 Cape St. Francis is located on a headland in the Eastern Cape Province in South Africa. Near the scenes shot for the renowned surfing movie, The Endless Summer, Cape St. Francis is known as one of the world’s best surfing locations with ocean swells year round.

What is outstanding from a surfer’s perspective, though, is not always what an open water swimmer wants. Especially a butterflyer. 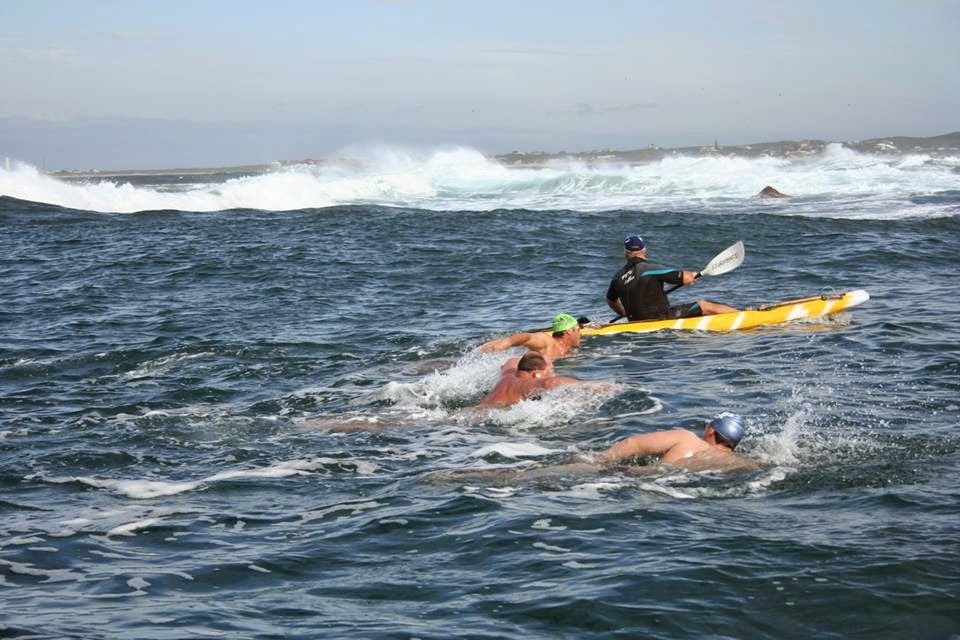 Brenton Williams, the butterflyer, Kendal Wright and Kyle Harris entered the ocean on the wild side of the Cape St Francis Lighhouse and Shark Point and headed around the Cape St Francis point, as they passed over a number of ships that have been wrecked over the years on the unforgiving reefs that lay just offshore.

In 17ºC (62ºF) water, the trio took on the swell head-on, wrestled with surface chop, and swam where no one has ever swum before. With the wind at their backs, the swimmers took 1 hour 45 minutes to reach Shark Point. So far, so good.

But Mother Nature would not make it easy for the South Africans. “We had a nice swim across the bay between Cape St Francis and Shark Point and made good time with the wind assisting us,” recalls Williams who raised funds and awareness for the Little Fighters Cancer Trust. “Once we rounded Shark Point, we swam right into a strong current and the wind picked up and was cross shore instead of behind us.”

Now they had a rough water struggle on their hands. Depending on the skills of their escort boat pilot John Hendrick, the swimmers slogged through the currents and went up and over the big swells breaking on the headland. They eventually make it into the safety of the port in a time of 3 hours 38 minutes.

“Once the swimmers reached Shark Point, the whole ambience of the swim changed,” said Cheryl Gibson-Dicks, who was the observer for the swim. “One could see how all the support crew became more alert and the swimmers started to dig deeper to take on the current and the wind that had turned against them. It was a phenomenal effort from the brave swimmers who never knew quite what to expect as the swim has never been attempted before.”

“An unchartered swim like Cape St Francis is definitely a team effort and the knowledge of local conditions that our boatman John Hendrick had, and support of our paddlers Mark Paarman, Daryl Staples and Terry Olivier, the swim would never have been a success,” added Williams.

St Francis Safari’s also put a boat in the water, while the paddlers were assisted by the St Francis Bay NSRI. The swim formed part of the St Francis Bay Nautical Capital Festival and was in support of the Little Fighters Cancer Trust. Donations can be made to Little Fighters here. “I have dedicated my swims to support Little Fighters Cancer Trust, an organisation that helps kids with cancer, and their families who are often faced with massive medical bills in addition to the trauma of having a child trying to fight cancer,” explains Williams. 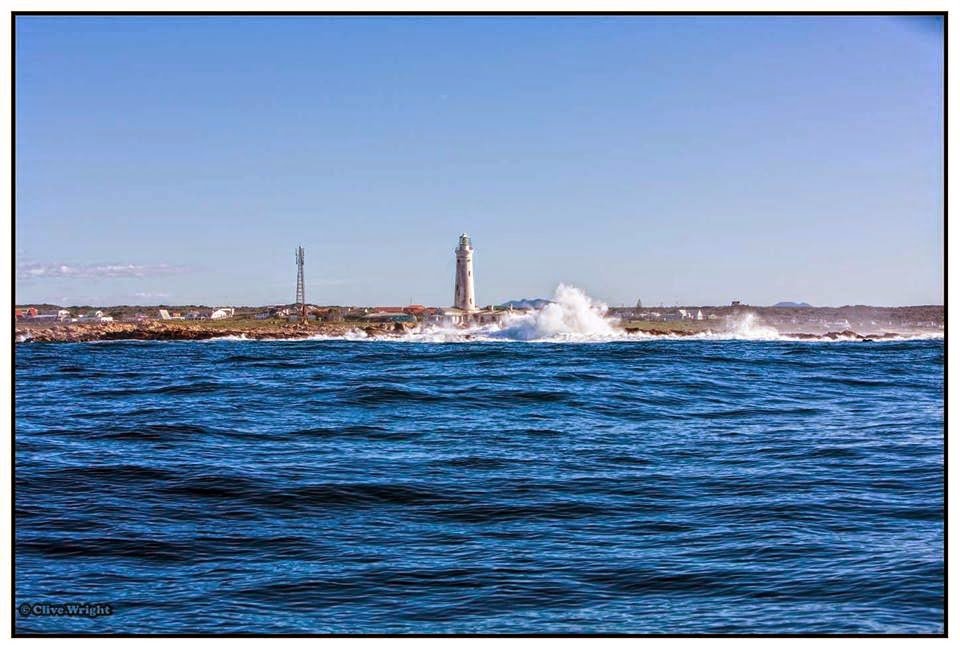