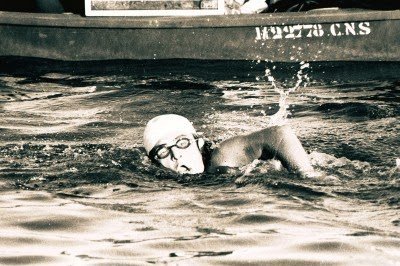 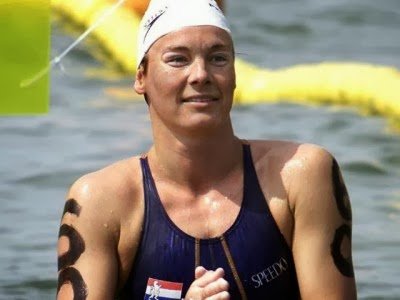 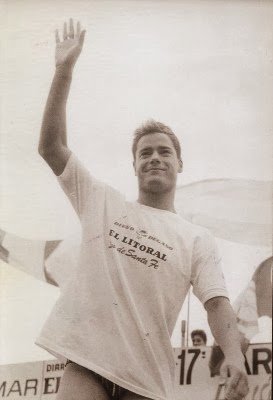 The record holders of the Maratón Acuática Internacional Santa Fe – Coronda read like the Who’s Who of professional marathon swimming. In the first edition of 1961, Carlos Larriera of Argentina set the original record in exactly 8 hours down the Coronda River. It took 13 years for someone to break that original mark. Fellow Argentine Claudio Plit finished in a time of 7 hours 46 minutes for 1974 edition of the 57 km race.

Within 12 years, Plit’s mark was shattered by Diego Degano in 1990 with a 6 hour 59 minute swim. “It was the first race where I faced the pressure of having to win. I remember that for at least twenty days before the race, the sun did not come out and the weather was unpredictable. With drizzles and clouds on race day, the river was full, rising more than 20 inches in 24 hours without winds.”

Twenty years later in 2010, Petar Stoychev rose to the occasion, with the river as nature cooperated. The currents gave a good push to the swimmers enabling the indomitable Bulgaria to set the record that still stands in 6 hours and 57 minutes.

As for women, the Dutch heroine Edith Van Dijk dominated. When she competed, she was very close to the winning men. In 2005, she was only 3 minutes behind the winner. In 2003, she was 50 seconds behind the top man.