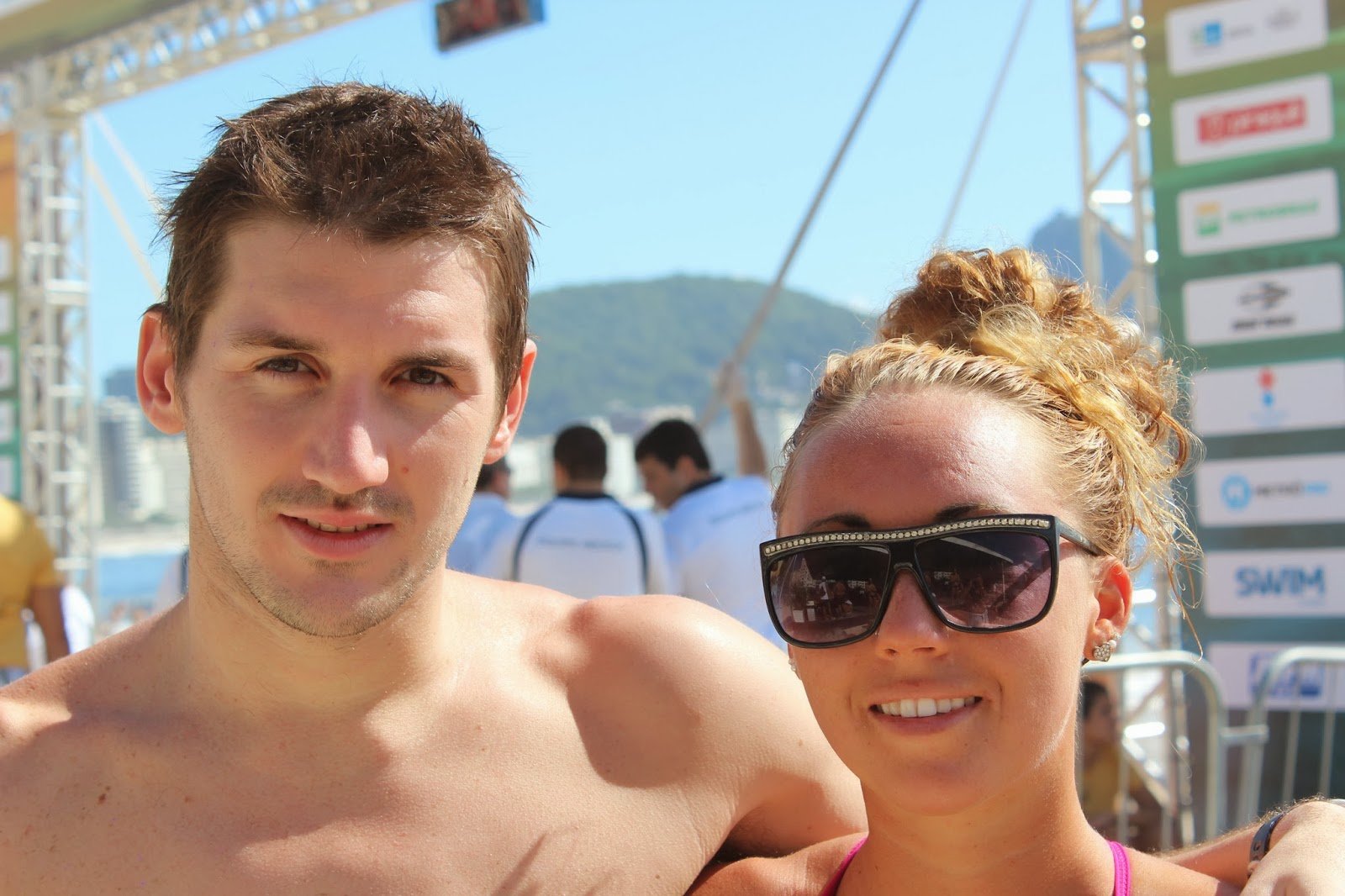 Lexie Kelly of the U.S.A. and Guillermo Bertola cruised to swift victories in the beach biathlon at yesterdays King and Queen of the Sea competition on the shores of Copacabana Beach.

While Bertola was bunched up with Chad Ho and Aaron Peirsol in the water, once he hit the soft sand of Copacabana Beach, he took off like a great miler, extraordinarily fleet of foot with great form.

Kelly also ran the 2.5 km extremely well on the sand with pro marathoners Keri-Anne Payne and Pilar Geijo also taking part with several hundreds of other competitors under a glorious sun-filled day on one of the world’s greatest beaches.