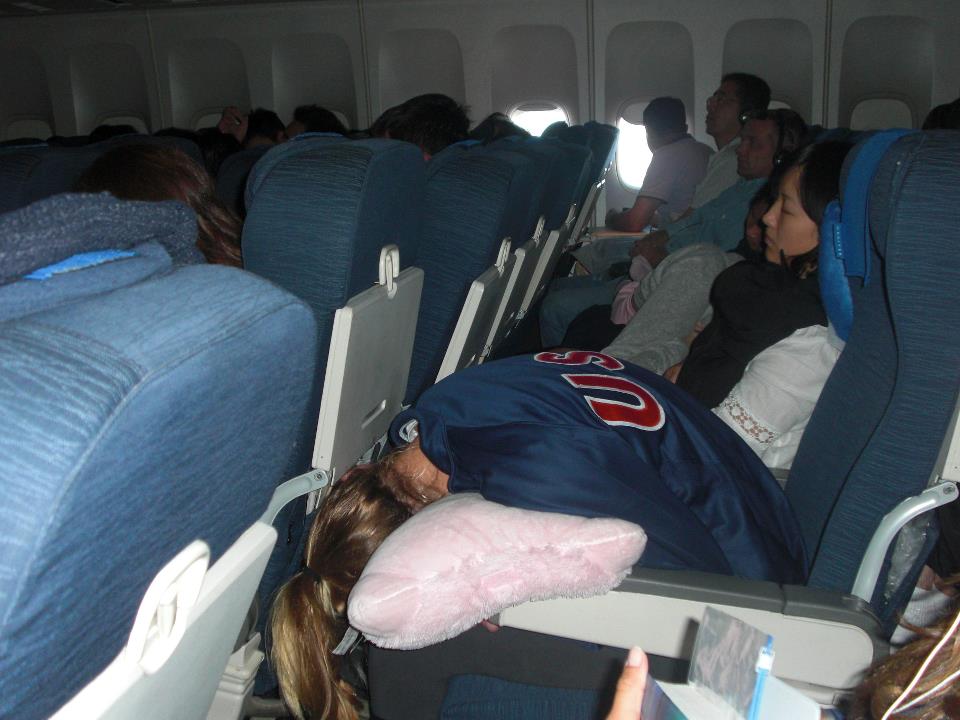 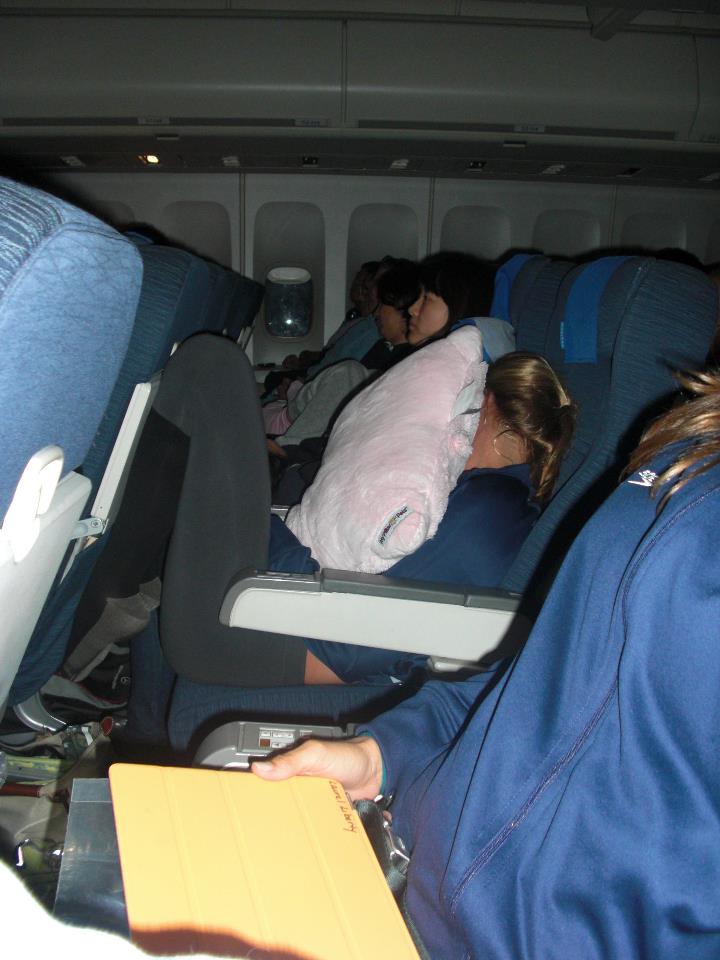 From what we have heard, very few of them fly first-class while a lucky few have the means – or the miles – to fly business class.

But most fly economy class.

From what we have seen, open water swimmers are grateful for on-time flights. They generally curl up in their tiny, narrow seats and stay focused on relaxing, reading books, watching movies and listening to music. Compared to dealing with cold and chop and competition, they generally are able to tune out rude passengers who knock their elbows from the arm rest, crying babies, air pockets and non-reclining middle seats. They pack their swimsuits and goggles in their carry-on bags so problems with their lost luggage is minimized. They seem to be able to deal very well with delayed flights, missed connections, and food without taste.

But in traveling around the world, we privately define economy-class seats into various categories:

Micro economy class seats are those really slender seats that do not recline.

Ultra micro economy class seats are those slender seats that do not recline and are partly taken up by the rude, extremely tall or wide passenger sitting next to you.

Audio economy class seats are those seats that are within earshot of a snoring passenger.

Non-audio economy class seats are those seats whose movie screen or audio functions do not work.

Maximum audio economy class seats are those seats that are next to a passenger who keeps endlessly talking about themselves, their work or their family – even if you have headphones on and are staring at a movie screen in front of you.

Because swimmers can deal with the obstacles and uncomfortable situations in the open water, they seem to be able to deal well with the same up in the air.