Following In The Wake Of Jason Dunford 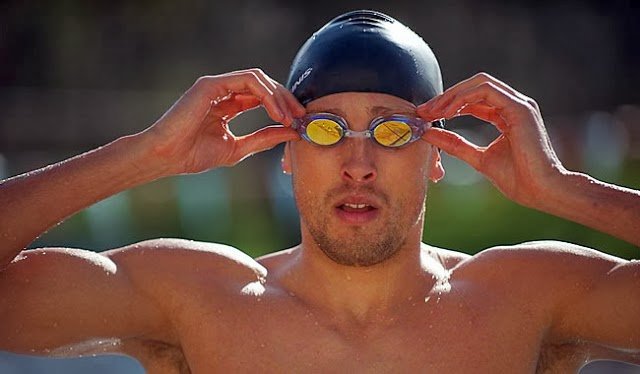 Jason Dunford is a butterfly and freestyle sprinter from Stanford University and Nairobi, Kenya. While Stanford churns out world-class swimmers like it does engineers and entrepreneurs, Nairobi is much less renowned in developing swimmers.

But Dunford, who finaled at the 2008 and 2012 Olympics, is dramatically changing that equation.

He has won gold medals at the Commonwealth Games, Universiade, All-Africa Games and African Championships, and reached finals at Olympic Games, FINA World Championships and Short Course World Championships. He has also held African, Universiade and Olympic records. Many of his achievements are unprecedented in the history of Kenyan swimming. He explains a bit about past, present and future of (open water) swimming in Kenya:

Daily News of Open Water Swimming: Have you ever swum in beaches in Kenya?
Jason Dunford: Yes absolutely. My dad is one of Kenya’s first ever surfers, so brought me and my brothers up in the waves at a young age. This played a large part in me developing water confidence early and getting into competitive swimming.

Daily News of Open Water Swimming: What is it like (open water) swimming in Kenya?
Jason Dunford: The water is warm all year round, so no wetsuit is required. We have tropical reefs and sparkling, clear, blue water making open water swimming a thoroughly enjoyable experience. There are a a couple of races during the year and the Mombasa triathlon.

Daily News of Open Water Swimming: About what percentage of the population swims in Kenya?
Jason Dunford: There are only about 3,000 officially registered competitive swimmers out of a population of 40 million, so it is still a very small sport. Along the coast, more and more people can be seen swimming in the ocean, but as you move inland a dearth of decent public swimming facilities holds back the development of the sport.

Daily News of Open Water Swimming: Are you interested in serving as a role model for Kenyans?
Jason Dunford: Yes it is very important to me to serve as a role model for Kenyans. From when I first swam for Kenya back in 2004, I constantly have people from all walks of life tell me how proud they are of my achievements and what I have done for the country. With this sort of recognition comes the responsibility of being a role model and luckily it is something I cherish and hope I can play my small part in inspiring people.

Daily News of Open Water Swimming: How do you act upon your status as a role model, practically, in Kenya?
Jason Dunford: Currently with my training commitments, I spend most of my year in the United States. However when I go back, I try to give swimming clinics or attend and participate in local swimming events. Most recently when I was back in Kenya in December, I took part in a charity swim-a-thon to raise money for the Nairobi Swimming Association and St. John’s Ambulance. Otherwise I constantly strive to set a good example in how I live through being humble, kind and thankful for the opportunities I have been given.

For more about Dunford, visit here.