Following In The Wake Of Stéphane Lecat 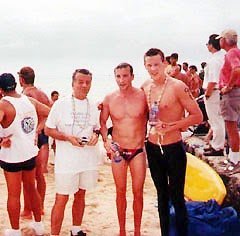 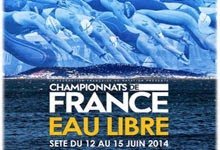 At the same time, the Americans are battling it out for a precious few spots on the USA Swimming national open water swimming teams, the French are doing the same in Sète in the south of France.

Stéphane Lecat, the Directeur de L’Eau libre of Fédération Française de Natation [shown in the middle on left], announced the French Open Water Championships will be held between the June 12th and 16th.

Perhaps a French swimmer may emerge to follow in the wake of Lecat?

After his competitive career was over, he also swam the English Channel in 8 hours 19 minutes in 2003.