For The Love And Passion Of The Sport 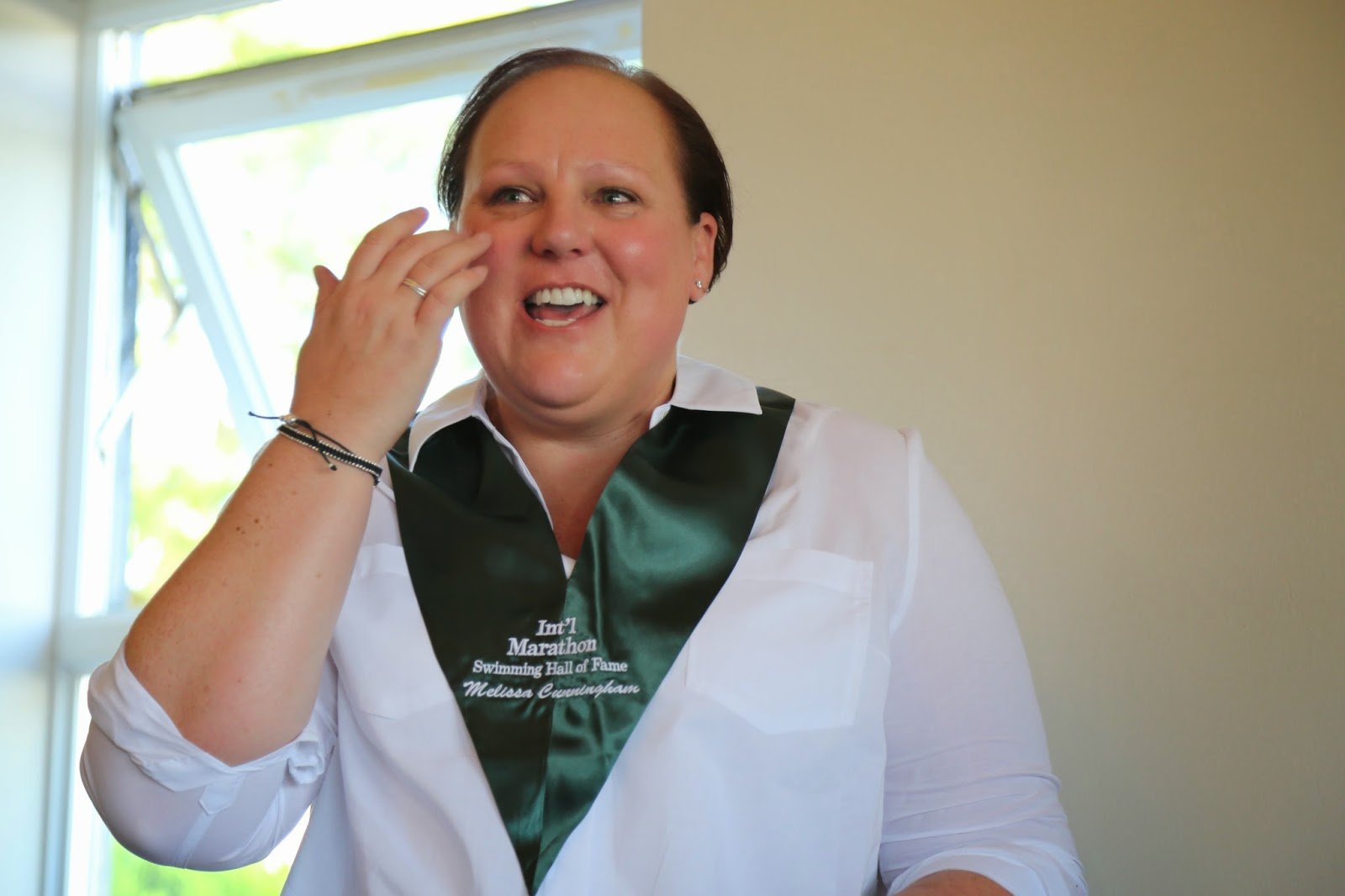 Melissa Cunningham has a soft touch and a hard side.

As one of the most knowledgeable and compassionate FINA Athlete Representatives in open water swimming history, Cunningham was always there for her fellow athletes. She knows their stresses and strains, their goals and obstacles. She was always available to those who seek her guidance and expertise.

As a world 25 km marathon swimming champion who overcame a bout of breast cancer, Cunningham is clearly also a fighter. She was tough whether it came to overcoming the elements or competition.

Her work on behalf of the sport of open water swimming was recognized today on the Isle of Bute in Scotland during the International Marathon Swimming Hall of Fame ceremonies. She received the 2014 Irving Davids-Captain Roger Wheeler Memorial Award and was touched by the outpouring of support by those in the community.