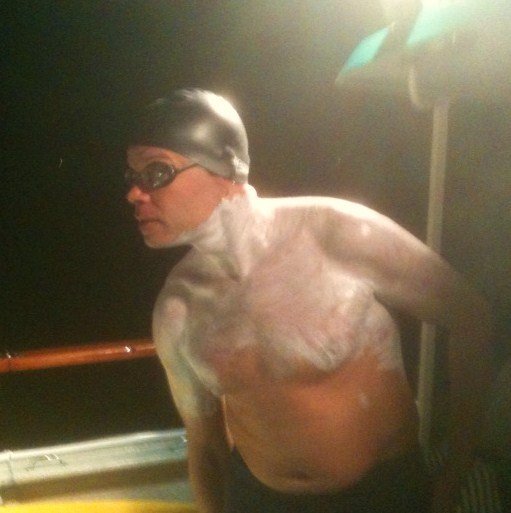 This time, he replicated the feat of Cindy Cleveland by circumnavigating Catalina Island. 48 miles of cold, hard water where eddies and currents constantly challenge swimmers and crews like few other swims.

Reportedly 25 hours and several hallucinations about pirates later, Nelson finished to the exhausted delight of his crew.

Like Cleveland who never sought the limelight for her unprecedented swims in the 1980s (around Catalina Island and across Monterey Bay), Nelson is a humble man who only seeks to reach his marathon swimming potential.

As more information is uncovered, more details will be made available.