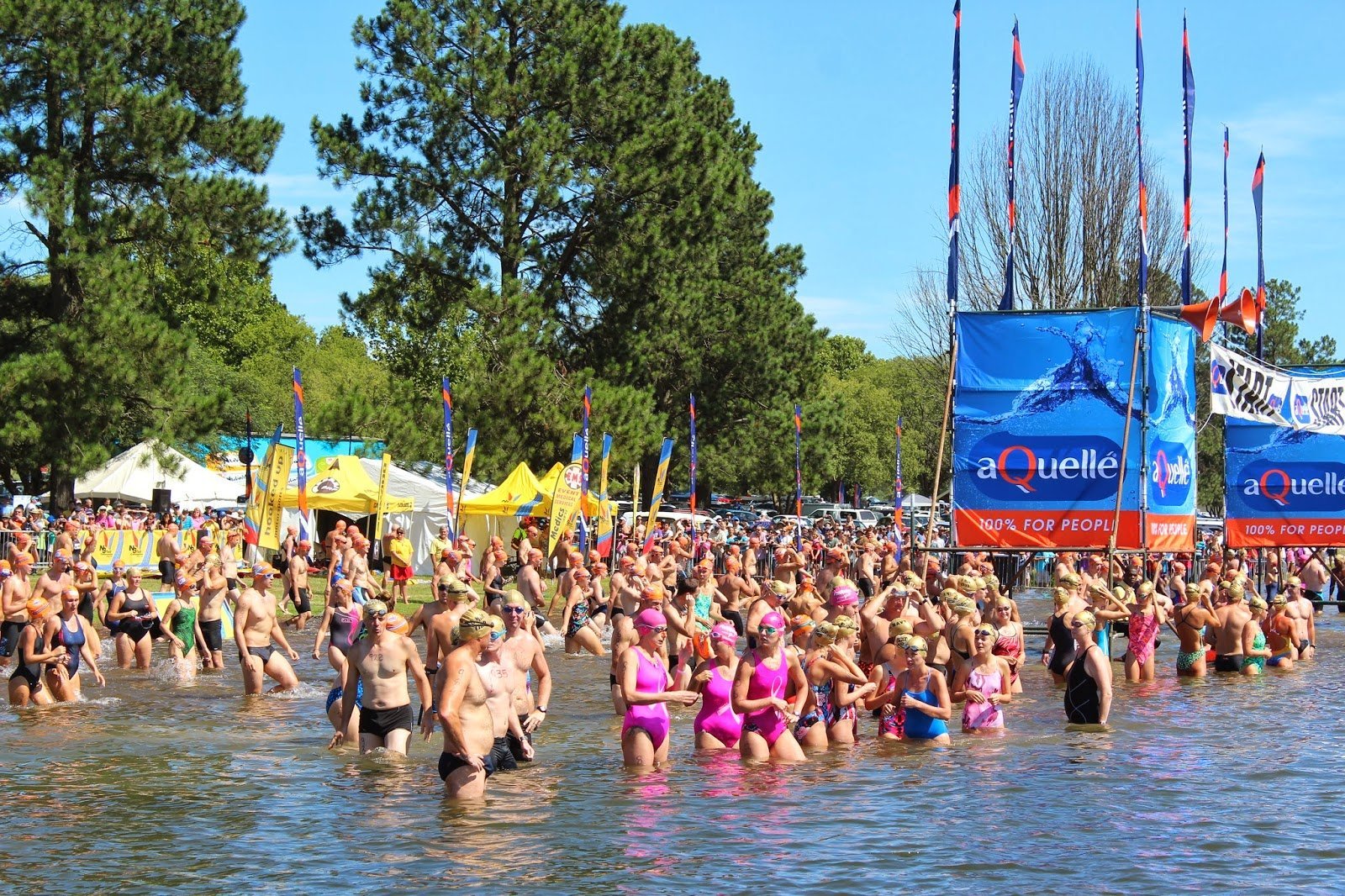 In the global community of open water swimming, we have observed fundamentally 4 general groups of athletes:

In general, we can identify each of the groups:

1. Competitive swimmers stretch, hydrate and warm-up before the open water swimming event. They wear various apparel of their swim club or other aquatic events that they have participated in and exude confidence. They are laughing, smiling and talking from the moment they arrive to the second they leave and are often found at the front of the starting line, the Alpha Swimmers of the competition.

2. Masters swimmers are very similar to their younger competitive swimmers with the exception of having age and wisdom, and lots of anti-chafing ointment and sunscreen. Some may be at the front of the starting line, but their starting position is less of a worry or issue to them. Whereas the parents of the competitive swimmers come to cheer, the children of the masters swimmers come to cheer them on.

3. Triathletes or multi-sport athletes also stretch and hydrate before the event as well as have energy bars, gel packs and specialty drinks in multi-colored containers. They have a lot of gear including expensive and colorful swimwear, a few different pairs of wetsuits for various conditions, bike racks on their car, and the latest running shoes to use after the swim.

4. Fitness swimmers comprise of the largest group of participants. Some are nervous; others are excited. Some are smiling; others are sweating. Some are fit; others are not. Some have new swimwear; others have old stuff. Some swim freestyle; others swim breaststroke only. Some come by themselves, others come in groups. Some start quickly; others meander at the start.