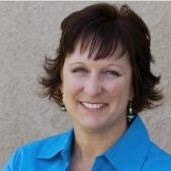 Passionate, crazed, relentless are some of the adjectives that are bandied about when the name of marathon swimmer Patti Bauernfeind is mentioned.

Laughter, fun and gratitude are some other adjectives for what Bauernfeind is known for.

But the Salesforce.com business development professional is certainly, unforgettable. Swim in her wake, join her on a boat, or work with her and in every instance, the experience is unforgettable.

As was her most recent marathon swim across Monterey Bay, south of San Francisco along the California coast.

Previously foiled three times by jellyfish and winds in 2010, 2011 and 2013, the fourth time this August was a charm for the 47-year-old originally from Florida. Her 13 hour crossing from point-to-point exemplified everything beautiful and challenging of a marathon ocean swimmer. She had to face abundant marine life, rough conditions and currents. Defeat is never easy, but it never persuaded Bauernfeind to stop. She just kept on training, planning and plotting her way with the help of Joel Wilson and a tight-knit group of 10 supporters.

Her effort, which embodied the spirit of open water swimming and demonstrates a clear sense of adventure, tenacity and perseverance that open water swimmers are known for, was nominated for the 2014 World Open Water Swimming Performance of the Year.

While she is relentlessly optimistic and positive in life, there were still moments when even the conditions got he down. “Our sport is really sensory deprived. Your swimming hours and hours and you don’t have lot of audio and visual stuff going on. You have a lot of time to think. There are dark times.” But the dark times represented fleeting moments from where Bauernfeind was able to rebound.

In this year’s swim, Mother Nature gave her a surprise. When she swam into the jellyfish that normally turned her blissful previous swims into disaster, Bauernfeind was caught for a surprise. “[The jellyfish swarm] was pretty dense,” she recalls. But the next instant, she realized that she was not getting stung. “[They were] these really beautiful jellies that don’t sting. It went from this really dark moment to this really beautiful moment.”

Since 2010, she had faced getting pulled from the water, hypothermia, jellyfish stings, and disappointment in the famed bay. But 2014 was different. Very different. Bauernfeind got to the other shore. She eventually succeeded. She replicated Cindy Cleveland’s once-in-a-generation 1983 non-wetsuit swim across Monterey Bay.

But true to her nature, Bauernfeind’s journey in Monterey Bay is not over.

Not only did she see her friend Kimberly Rutherford completed her own attempt on her third try a few weeks later in 22 hours 6 minutes, but she is busy currently establishing a formal organization and governing body to support others who wish to replicate crossings of Monterey Bay.

“This was a total team effort which went beyond the swim community. I had help from jellyfish experts, weather gurus, a compilation of weather data, a Safe Sea scientist from Israel, and from Salesforce.com, a company that passionately believes in giving back to the community where I work.

I would love to get the word out so more people consider this swim. Joel [Wilson] helped to crack the code and the Monterey Bay is waiting for the next swimmers. Whose next?
“