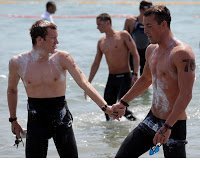 Top swimmers from around the world will gather at the International Swimming Hall of Fame in Florida this weekend to honor the memory of Fran Crippen.

Top Americans, Australians and Canadians and a handful of other elite swimmers should make the race blazing fast and interesting to watch. 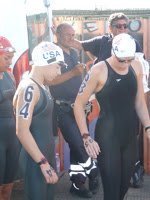 The elite athletes like Alex, Mark, Andrew, Eva, Emily and the rest of their American and Canadian swimmers are completing their final tune-ups for their respective national championships.

The Fran Crippen SafeSwim will be held in the same course as the American and Canadian national championships in June – the first step in realizing their dreams to win Olympic medals in 2012.

Read it live here this coming Saturday, May 7th.