Frank Reynolds Had The Right Stuff 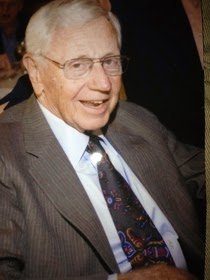 He swam even more after the tidal flow started to push him away from shore.

He swam as his body temperature steadily decreased.

He swam as his legs gave out and his hips were low in the water.

But Frank Reynolds never gave up.

Back in 1986, the former civil engineer, passionate volunteer and successful businessman was pulled from the water by his crew. He was so close to the California mainland, but so far from his goal of becoming a channel swimmer.

He was taken to the hospital where he was unconscious for four hours and his body temperature dipped down to 86ºF (30ºC).

Reynolds was taken to a local hospital where he was unconscious for 4 hours as his body temperature had dipped to 86ºF (30ºC). “Last year I hadn’t trained enough,” he said a year later when he finally conquered the Catalina Channel as a 55-year-old in a quick time of 10 hours 34 minutes. “But this year, I’ve trained a lot – over 200 miles of ocean swimming in Newport Beach [in the lead-up to his crossing]. I hurt all over, my throat is killing me from swallowing so much sea water, but I finally accomplished my goal.”

Reynolds passed away last month, survived by his wife and his 7 children and 12 grandchildren.