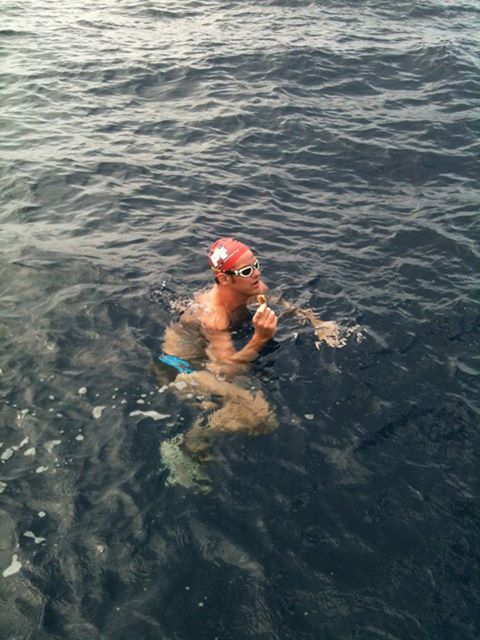 For an increasing number of channel swimmers who are attempting Tsugaru Channel crossings or who are participating in the increasing number of open water swims in Japan like with the Japan International Open Water Swimming Association events from Okinawa to Honshu, it is usually appreciated when Internet access is available.

Facebooking your friends and family, tweeting about your races, posting videos of your swims to YouTube have become nearly as important as is training and finding the right hydration in a foreign country.

The government of Japan is trying to make foreign swimmer’s visits a bit more convenient by providing free Wi-Fi spots throughout Japan! Swimmers just need to their passport at certain locations (e.g., airports) to obtain an ID and password in order to logon to the Internet for free.

Foreign visitors are provided free use of Wi-Fi spots around Japan for 14 days (a total of 336 hours of use). Swimmers, crew members, coaches, friends and family members can pick up a free Wi-Fi card from one of the counters established at facilities such as airports and tourist information centers. The ID and password necessary to log-in are printed on the card, so you just need to enter these as directed at the different access points in Japan.

There is no need to fill out any application forms, so this service is easy and convenient for first-time visitors to Japan. All you need is your Wi-Fi-supporting mobile device to connect to the more than 17,000 Wi-Fi spots around Japan (as of January 2013). All these access points are based on fiber optic lines, guaranteeing fast and stable communications.

When the Tsugaru Channel was added to the Oceans Seven, most channel swimmers around the world said, “Where is that? There are tides in the English Channel, jellyfish in the North Channel, huge ocean swells in the Molokai Channel, sharks and cold water in the Cook Strait, night swimming and whales in the Catalina Channel. How tough can the Tsugaru Channel be?“

Good questions all because the photos from the stretch of water between Honshu and Hokkaido can be inscrutable, unpredictable, and misleading.

Adam Walker (aka Mad Adam) found out when he became the first British male to complete a crossing of the 19.7 km Tsugaru Channel in September with his 15 hour 31 minute traverse. Mad Adam found out first-hand how tough the Tsugaru Channel is when he was escorted by Captain Mizushima.

Mad Adam had to fight adverse currents most of the way. “After 10 hours, he was tired of course, but he kept on fighting with the waves and current. But he was patient and looked strong throughout,” recalls Captain Mizushima.

“I must be honest, this swim was the hardest to date,” Walker remembered. “I had to do regular sprints like interval training all the way across when given the signal from the pilot and the waves were relentless. At one stage the ways were so bad I could barely swim and was just ducking under them for an hour and a half. Even at the end when I had a mile to go it pushed me back to 2 miles. Then I had 1 mile to go and it pushed me sideways before finally letting me in. I had two separate occasions when a shark swam underneath me but still have all limbs so all good.

“This tested me to the limit no doubt. The waves were rough all the way through and having to do interval sprints frequently through the swim burnt a lot of energy but it was necessary to beat the current. Even when I could see land, I got hit with waves that through me around like a rag doll. When we were through them and I had a mile to go, I got pushed back another mile. Then I got pushed sideways. I thought the Molokai Channel tested me to the limit, getting stung and pushed along the coast for 6 hours. But this was worse. It took everything I had.”

Definitely rough, but most certainly rewarding and something to tweet home about…for free.