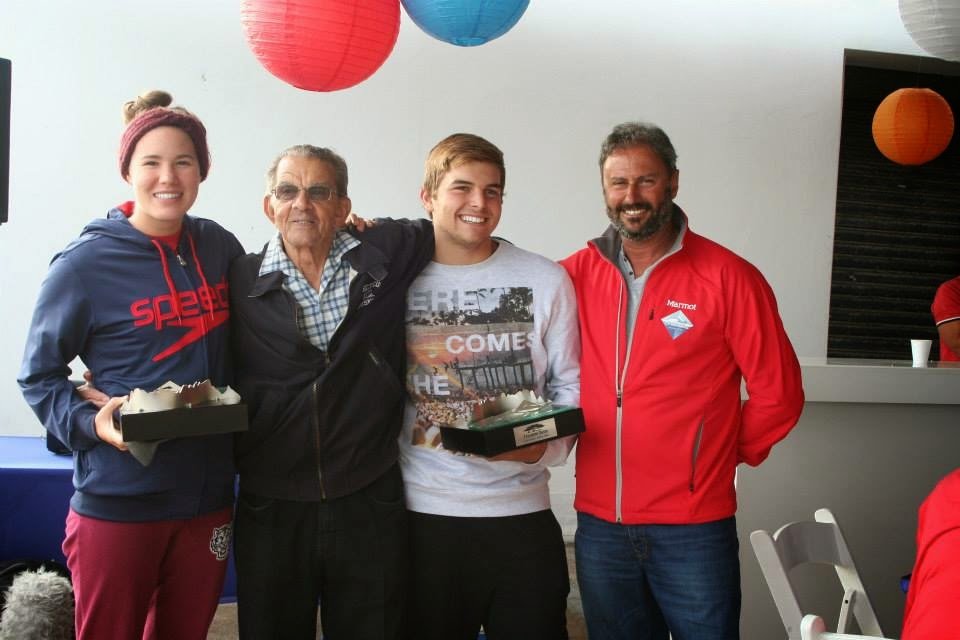 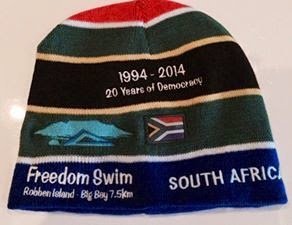 “There is nothing like a good swim to celebrate life and freedom,” says Ram Barkai about the Freedom Swim last week.

The Freedom Swim is an annual 7.5 km swim from Robben Island to Big Bay in Cape Town, South Africa.

“However, it is never easy and never will be, that is what is so great about it. It is a challenge of the body and the mind. Not everyone succeeds at the first attempt or at every attempt.

Such is the nature of the beast. This swim throws many challenges at the swimmer, not just the cold but the distance, chop and swell, the odd seal that comes to visit and scares the $#$% out of you, the boat fumes, the Big Bay rocks that seems to just never get closer, it’s a real mind challenge
.”

“It was great to see so many new swimmers joining the ranks, even if some start their cold water adventures with a wetsuit,” described Barkai, a famed ice swimmer. “It is still a brave start. The cold is a fascinating animal that attacks everyone in different ways. It takes a long time to learn how to deal with this animal and respect it; but be not afraid of it or hate it.”

According to veterans of the tough swim, the new start added between 300m-600m to the traditional race. “For the fast ones it was another few minutes; for the rest of us, it is another 10 minutes in the water. We had a slight southwest push with some cold patches in the middle of the bay. We started at 14.7ºC (58ºF) at the harbour rising up to 15ºC outside Robben Island. Later on, the temperature had dropped to around 14ºC with cold patches of 12ºC-13ºC. Temperature was also colder in Big Bay, which is rare and makes the last 10 minutes very hard.”

Record-holder Troyden Prinsloo (1 hour 23 minutes), who had shed some weight, was seriously challenged by the cold but managed to finish the race in second. The overall winner Rudolph Visser finished at 1 hour 35 minutes.

“The swim was dedicated to the celebration of our 20 years of democracy from 1994 to 2014.” The race started from Robben Island harbour by Eddie Daniels who spent 15 years as a political prisoner on the Island. “Eddie was very inspired by everyone taking on the cold swim. We also want to thank our sponsors, The City of Cape Town and The Western Province Government. We have donated 10% of all gross income from the swim to Friends of Vista Nova, and 10% to the Seal trust who support the Phoenix swimming club in developing swimmers in the Cape Flats. It is amazing and truly inspiring to see people with various disabilities plunging into these challenges. A guest swimmer from Australia came to swim with us yesterday. James Pittar, a blind man with no wetsuit, swam the entire channel in 3 hours 4 minutes without one single complaint or objection. It was inspiring to see how he did it, with a leading boat and two stand-up paddles, one on each side. Changing direction done by a whistle, left SUP 1 whistle to shift left, right SUP two whistles to shift right. Every 30 minutes a stop for a feed until the end.”

Barkai also announced a R10,000 cash prize for breaking the existing male or female Robben Island record of 1:23 (male) and 1:33 (female) according to the Cape Long Distance Swimming Association rules.