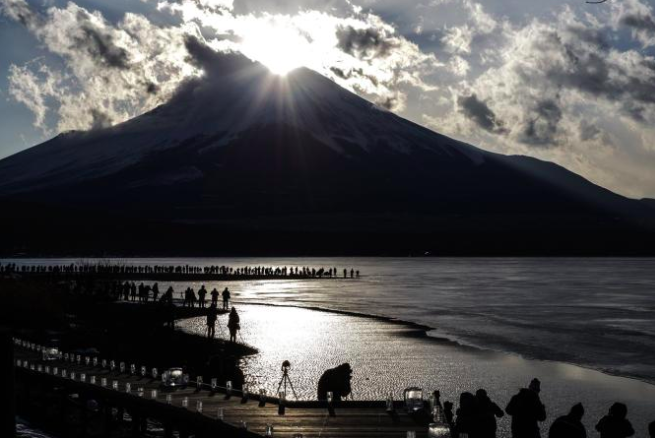 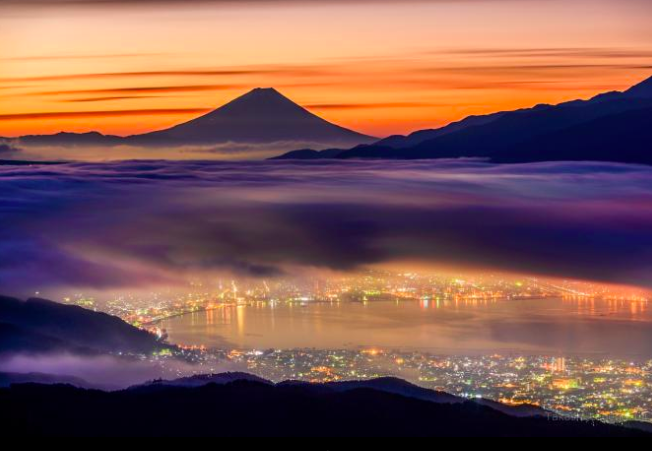 Steven Munatones comments on the 2020 Tokyo Olympics and the Olympic 10K Marathon Swim course, “The Tokyo 2020 Olympic and Paralympic Organizing Committee has long ago decided upon the very warm and very dirty Odaiba Marine Park in Tokyo Bay as its preferred Olympic 10K Marathon Swim venue, but with the Five Lakes of Mount Fuji – one of Japan’s most iconic landmarks – within 90 minutes of Tokyo – it is still unfathomable to me why the Mount Fuji venue was not selected.

The Odaiba Marine Park venue will be set up a standard 4-loop rectangular course where the athletes – especially the men – will swim relatively slowly for the first 5 km simply jostling for position and then they will speed up around the 7 – 8 km mark where the top 4 – 8 swimmers will separate themselves from the rest of the pack.

Then the top swimmers will take off on the last loop and the podium finishers will emerge after a sustained sprint. It is so predictable

But he imagines a time well off in the future, possibly by the time of the 2024 Paris Olympics or probably by the 2028 Los Angeles Olympics – where the marathon swim can turn into something more entertaining, more dynamic and more unexpected.

“The Seine would be a great place to have a point-to-point linear course as the athletes pass a number of Paris landmarks with aerial coverage showcasing the finest Paris has to offer. Los Angeles would also be a great place for a point-to-point coastal course as the athletes swim past the broad white sand beaches of Orange County or South Bay together with aerial views of the Southern California coast and basin.”

For other views of Mount Fuji – known in Japan as Fuji-san – and its surrounding lakes, see Takashi Nakagawa’s photos in National Geographic Magazine here.

Munatones explains the experience of swimming near Mount Fuji, “When I swam across the Five Lakes of Mount Fuji – Lake Yamanaka, Lake Kawaguchi, Lake Sai, Lake Shoji and Lake Motosu – in 1992, it was a surreal experience. The water was glassy flat and clear as can be. It was fairly warm, but in spots, the water temperature dropped significantly as cold water, melted from the summit of Mount Fuji during the summer months – shot up from the lava tubes on the lake’s bottom to the lake’s surface.

But Mount Fuji loomed so large from every point on each lake that its exceptionally symmetrical cone and its sides rise so majestically that swimming in the lakes was like staring up at a large tsunami wave ready to crash. When the sun rises and pierces the shade of the mountain, the rays of light was indescribably dramatic.

If the Olympic swimmers would have this experience and the world’s media captured their experience, it would be wonders for the sport of open water swimming.

It is very unfortunate that the 2020 Tokyo Olympic organizing committee cannot see this missed opportunity to showcase their country and FINA does not grasp the incredibly beautiful alternative available in Japan to replace the dark, dirty Odaiba Marine Park