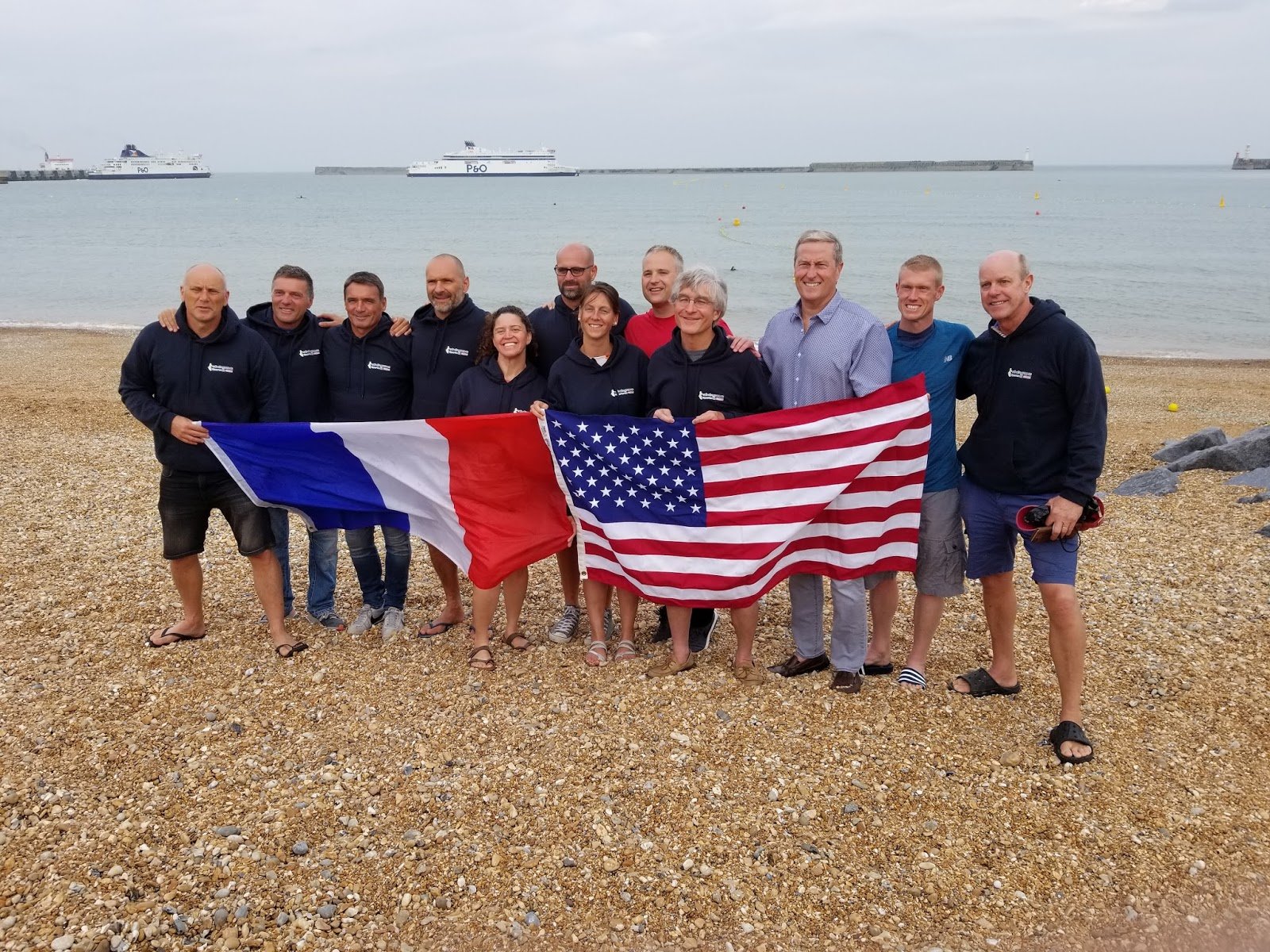 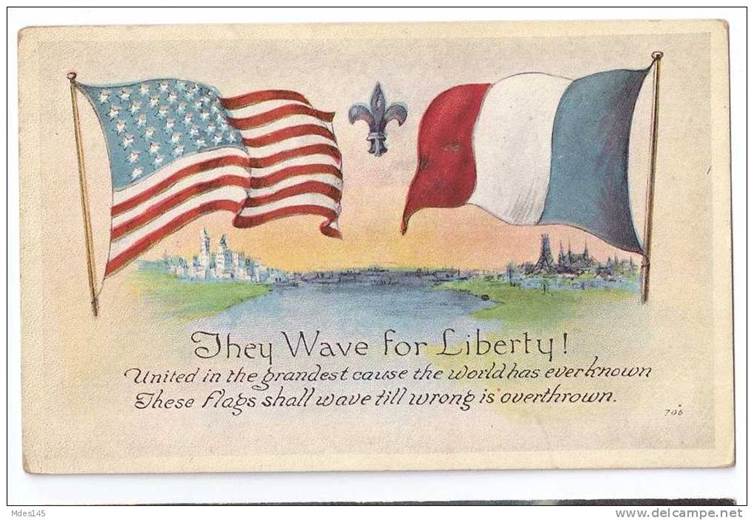 When Pat Gallant-Charette became the oldest woman to successfully cross the English Channel this month.

“On the day I swam the English Channel, it was very calm off the coast of France. Every so often I would feel the current lift me like I was going over a ridge. The following day, my son asked me if I could feel any unusual pattern in the current. He said that Phil of the Viking Princess explained that several ships had sunk during the war in that area.

As the strong currents traveled up the coast, it would strike the sunken ships causing the water to lift slightly. I was very fortunate to experience it. Like many other channel swimmers I thought of the great loss of lives that occurred during the war.”

That loss of life was commemorated by two teams of six swimmers (three French and three Americans on each boat), organized by John Kulewicz. “The pilots were Michael Oram and Lance Oram. The team times were 13 hours 28 minutes and 14 hours 20 minutes.

There was a lot of extraordinary talent at work in the Channel on Wednesday night and Thursday morning on both teams. The conditions started out smooth and stable and progressed through the night into fairly rough seas. In the words of our toast at the team dinner [after the swim], ‘A superb day. A superb team. A superb swim. Long live the Channel. Long live France. Long live the United States. Long live the friendship between our two nations. And long live the memory of the soldiers who protected our freedoms in the First World War.’

One hundred years ago, a generation of American and French soldiers met on the shore of France to work in common purpose,” said team captain John Kulewicz who was a member of the Overlord 70 relay that crossed the English Channel in 12 hours 8 minutes on June 8th 2014 to commemorate D-Day (June 6th 1944 when the Allied troops landed in Normandy in Operation Overlord during World War II).

Their English Channel crossing commemorated the landing of the first U.S. infantry troops at St. Nazaire, France, on June 26th 1917. “We swam with the common purpose of recognizing their bravery and teamwork and honoring the long relationship and promising future of our two nations.”