Friends Want What Friends Have 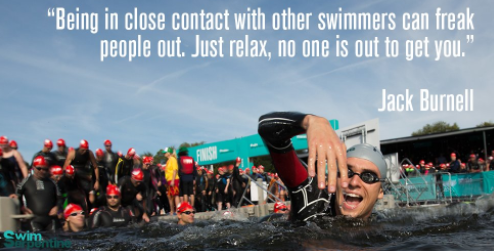 Great Britain’s Jack Burnell is the fastest open water swimmer to never medal at an Olympics or World Championships.

The lack of medals led to a period of soul searching and positive outcome; that the Loughborough University graduate decided his talent is best demonstrated in the open water.

After a self-imposed break, Burnell will return to action at Swim Serpentine on September 16th with a focused determination to replace his close friend Ferry Weertman as the dominant open water swimmer on the planet.

But having had time to think I’ve realized that it would be a shame if I didn’t at least try to see what I can achieve in Tokyo. What happened in Rio and in Hungary at the World Championships are part and parcel of sport. You can go into a race as the best in the world, expecting to win a medal and sometimes it doesn’t happen. That’s sport and that’s why people love it
.”

Burnell was fourth behind Weertman in the FINA World Championships. He was happy for his friend out of the water. “Ferry is one of my best friends in the sport. He is exceptional at what he does. We are both very similar: we both have a very fast finish, but sometimes the luck has come down on his side.

I’m not saying Ferry is lucky because he is an amazing athlete, but when you get to the final 100 meters, such small details can win you a race. He has made the right decisions in the biggest races and that’s why he is the Olympic and world champion
.”

I took part last year and the event was absolutely fantastic. Since then I have raved about it to everyone and said they need to do it or come along this year. It has a great community feel which you don’t get in many other events
.”

Pepijn Smits and German Olympian Andreas Waschburger will also give Dutch gold medalist and his rival some stiff competition.

For more information on the Swim Serpentine where swimmers from 27 countries will compete in the Serpentine in London’s Hyde Park, visit www.swimserpentine.co.uk.