From 1970 To The Present, The Waikiki Roughwater Swim 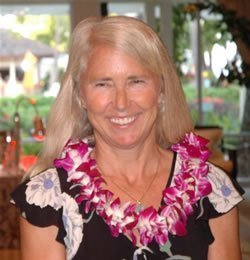 For the 47th consecutive year dating back to 1970, some of the world’s top swimmers will unite in Honolulu, Hawaii to partake in the Waikiki Roughwater Swim, one of America’s most iconic and influential open water swims. Not only have numerous Olympians and celebrities participated in the 2.384-mile (3.84 km) race over the decades, but it is also the inspiration behind the swim leg of Ironman triathlons.

This year, the race takes place on September 5th, beginning at Sans Souci Beach between the Waikiki Natatorium and finishing on Duke Kahanamoku Beach at the Hilton Hawaiian Village Hotel.

As in past years, the winner of the 2016 swim will have his or her name engraved on the Alexander Hume Ford perpetual trophy, while an elite division award will be presented to the top three male and female overall finishers. The top three from each gender in each age division will also be honored.

“Group A of the Waikiki Roughwater Swim field begins its swim with the Top 100 finishers from the 2014 race, all prior overall and divisional first place finishers, and all current NCAA and high school All-American swimmers,” explains race director Kaia Hedlund [shown above]. “The swim continues with all subsequent groups taking off in 5-minute intervals.”

Although the course is simple, the cross-currents, waves and tidal flow can make the swim technically difficult.

“On Sans Souci Beach, competitors will initially swim 0.42 miles (677 meters) into the open water,” describes Hedlund. “They will then head north up Waikiki for 1.43 miles (2.3 km), followed by the 0.52-mile (842 meters) homestretch to the finish line at the Hilton Hawaiian Village Channel. The entire course will be marked with flags every several hundred meters, while swimmers are required to pass outside both corners at the turning points. The finish is 20-30 meters up the beach. In order to officially finish the swim, swimmers must finish within 2 hours and 40 minutes wearing a swim cap.”

The race is held in conjunction with the 10th Swim with Mike, a college scholarship fund for physically challenged athletes. Past scholarship recipients include Joe Broc, Keith Kitamura, Ann Yoshida, and Tusi Mailo.