From The Apostles Island To The Mighty Red River 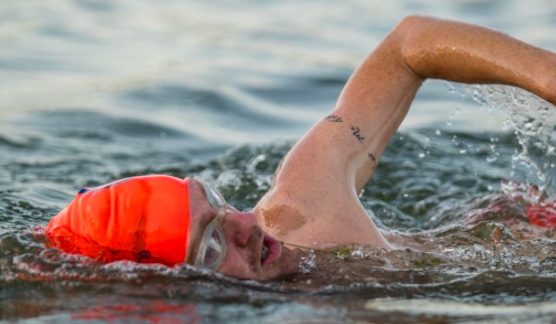 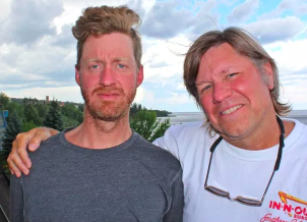 Courtesy of END-WET from North Dakota to Minnesota.

Daniel O’Kane was selected as the guest swimmer for the END-WET 2018. O’Kane was nominated by 5-time END-WET’er Landon Ascheman who said, “Last July, Daniel donned a wetsuit and left the south shore of Lake Superior.

It was a few weeks before he stepped foot back on the mainland. During that time, Daniel spent his time swimming, hiking, paddleboarding, and camping throughout the 19 uninhabited islands of the Apostle Islands National Lakeshore minus the two bird sanctuaries. In doing so, Daniel completed the first recorded self-supported, people-powered circum-tour of the Apostle Islands.”

The Extreme North Dakota Racing team described O’Kane and the longest swim race in North America. “ENDracing, and Ground Up Adventures, are focused on getting people out into nature, to have fun, and go on adventures.

That’s what makes Daniel the perfect guest swimmer for 2018. He truly enjoys getting out into the wild and in the water. Those who have swam with Daniel have seen the joy that he has for swimming, and it infects everyone around him. He treats those around him as family, encourages their dreams, and pushes them towards adventure.” ​

The Extreme North Dakota Watersports Endurance Test (END-WET) is a 36-mile down-river marathon swim where solo or relay swimmers will swim from rural North Dakota into East Grand Forks, Minnesota on the mighty Red River of the North.

The race is held on June 16th and is limited to 40 solo swimmers and 10 teams.

For more information on the race, visit here.

O’Kane is shown above on left with his Apostles Island escort kayaker Paul Voge.