From Black To Gold In Lucky’s Lake 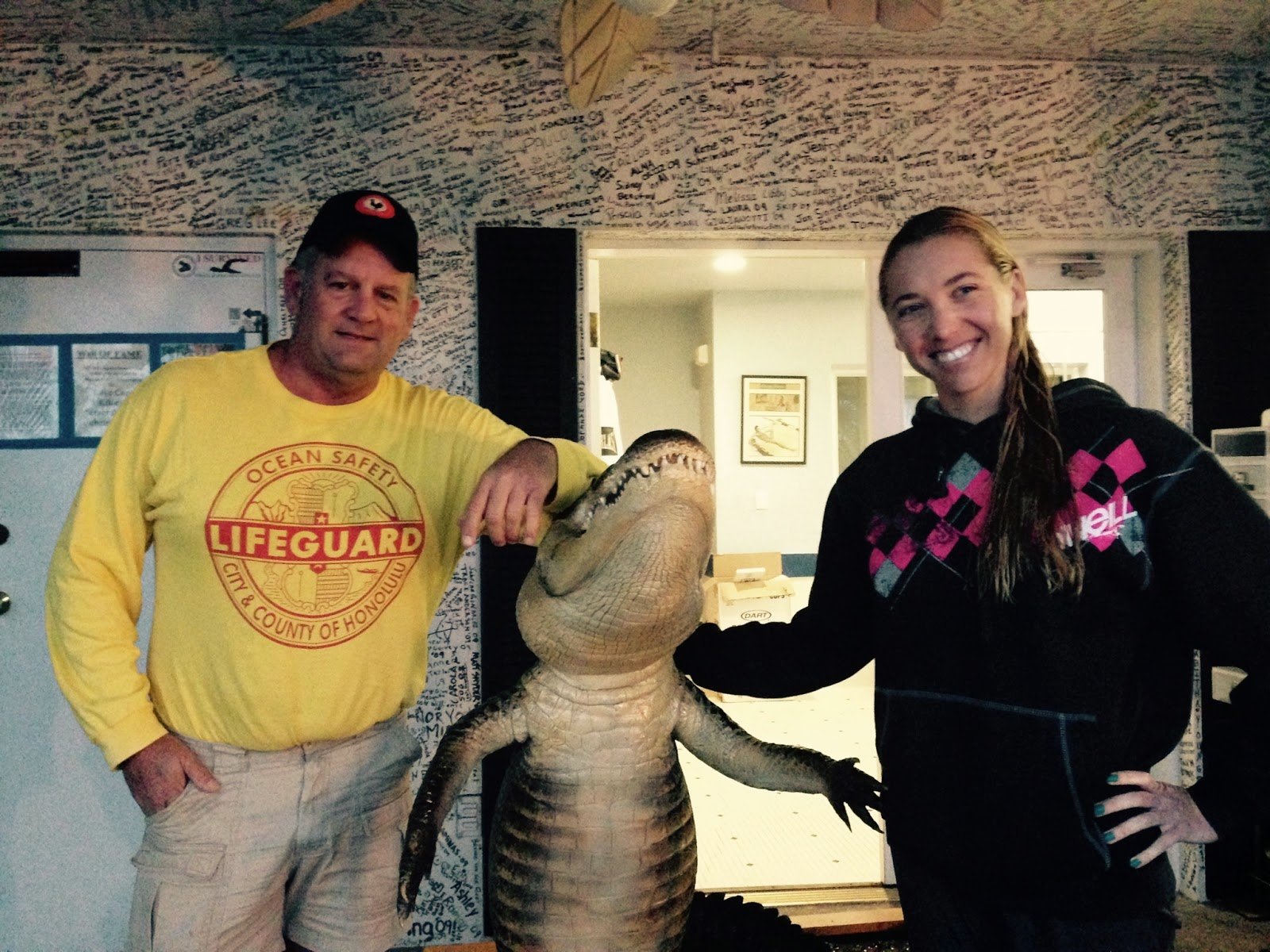 As we drove in the early morning through the darkness, we had to use our GPS to reach Lucky’s Lake in Orlando, Florida.

We were looking forward to swim in the legendary lake in central Florida where dozens of people swim daily across the lake made made by Dr. Lucky Meisenheimer – and hundreds on the weekends.

Near the world-famous amusement parks like Disney World and Universal Studios, the lake is flat and tranquil and the community that surround it is elegant housed in graceful estates.

As we parked in the wide green lawn, the regulars were also pulling in. The muffled sounds of swimmers getting out of their cars with their swimming gear and towels were reminiscent of swimmers around the globe. It was a quiet shuffle with eyes looking forward out of parkas while backpacks and towels were slung over their shoulders. Ducks and dogs greeted us as we walked towards the lakeside.

Kate Coltman, a professional acrobat, and her father Michael were among the regulars along with David Heffernan, a retired Air Force pilot. The newcomers were greeted with smiles and handshakes. The welcome was genuinely warm and helpful as waivers were signed and a swim safety buoy, bright green swim cap and official sticker were provided free of charge.

The Coltman’s were enthusiastic to have newbies in their midst. In the pitch darkness, they pointed out the course across the lake. “Head toward the light,” they instructed. 500 meters across the dark expanse of the lake was a small boat dock with two lights. Somewhere between the start and the opposite boat dock were a series of unseen buoys.

The freshwater was cool and sweet-tasting. And flat as can be. It was so quiet, the sound of each arm stroke pierced the still air. Even with swimmers 10-20 meters off to the side or ahead of us, we could not see them the blackness was so penetrating. But the two lights shone brightly like a pair of North Stars in the horizon. We just kept swimming forward enjoying the sense of adventure of swimming in a new place with teammates surrounding us…somewhere to our right and left.

No worries, it was a buoy bump. It didn’t hurt, just surprising to swim into a buoy in the middle of the lake.

Without the light of a reflecting moon, we just kept swimming forward to the light. Swim to the light, but then we got into our rhythm and went slightly off course on the way back following a gaggle of ducks.

As we returned to the starting point in the out-and-back course, the Coltman’s and Heffernan were smiling with pride. “How did you like it?“

“It was great,” was the reply. “We were waiting for the sunrise, but it never came. No problem, it was great swimming with you in this darkness.”

But the treat was not over. 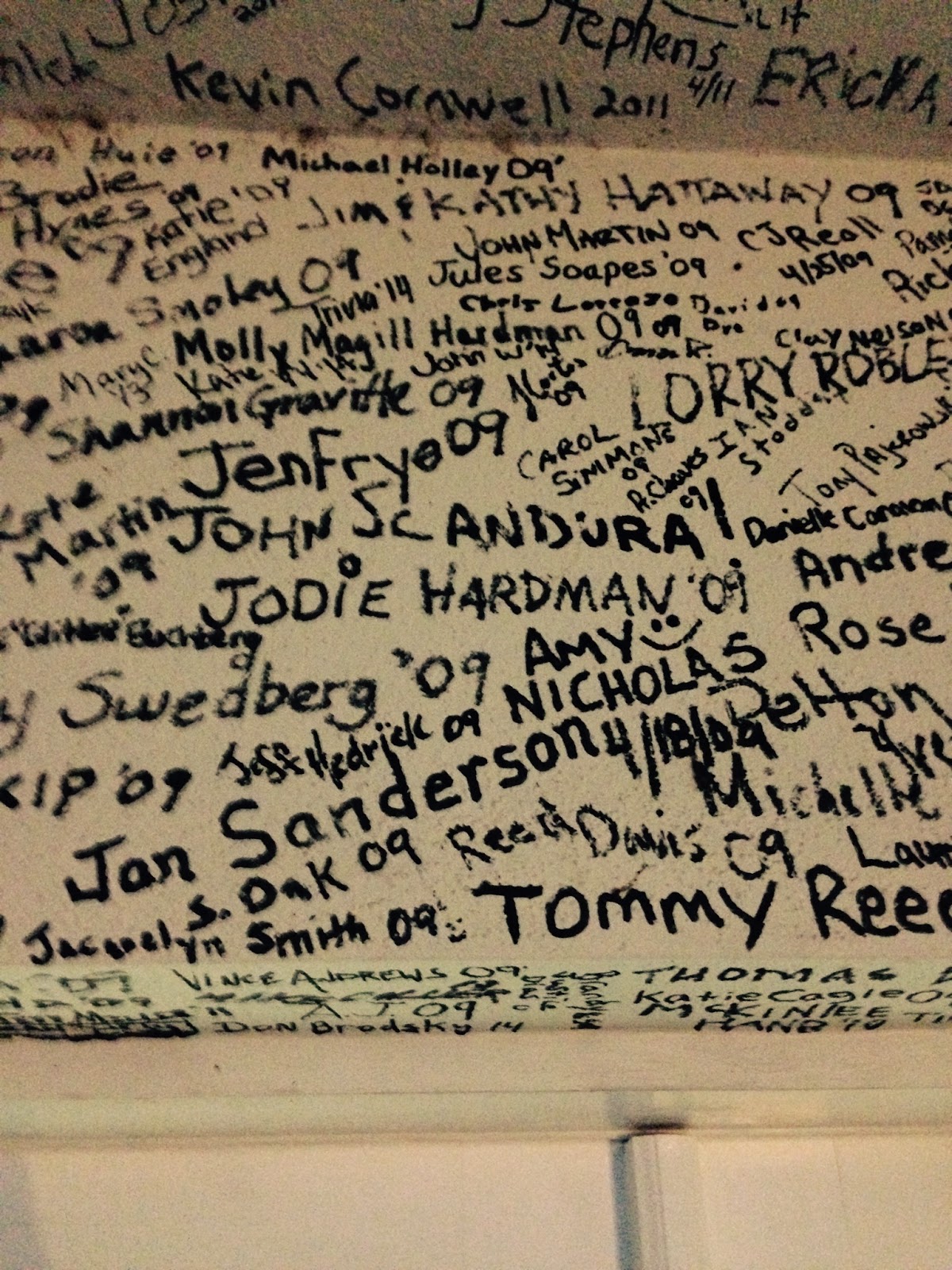 “You have to sign Lucky’s Wall of Fame where thousands of others have signed – and take a photo with the alligator.

When a swimmer does 100 crossings, they join the 100K Club – then Lucky highlights your name in yellow on the Wall of Fame, your bio is posted on the official website, and you receive a baseball cap with the Lake Cane monster logo.

It will be a long time before we go from the first dark swim in near pitch blackness to gold, but it would be well worth it with fellow swimmers like Lucky, the Coltman’s and Heffernan.