From California To Cork, These Swimmers Are DRIVEN 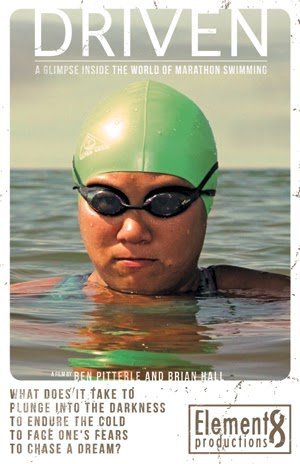 If there is any place in America that would mirror the intensity and passion for open water swimming of Sandycove Island community in Ireland, it would be the California Channel Islands community with Santa Barbara being at its epicenter.

Cold-water enthusiasts and channel swimming aficionados who desire to push the boundaries of what they are capable mentally and physically find like-minded colleagues in Sandycove and Santa Barbara.

From California to Cork, these people are DRIVEN.

Highly motivated, completely passionate, these people thrive on ocean swimming. The colder, the rougher, the longer, the better.

Filmmakers Ben Pitterle and Brian Hall have captured the essence of this California community in DRIVEN, a film that some swimmers are calling the best movie they have ever seen.

Those very positive reviews have been echoed among many non-swimmers who have watched the film.

For more information and tickets to the Santa Barbara International Film Festival, visit here. A new website and trailer are here at www.marathonswimmovie.com.

Trailer 2.0 from Element 8 Productions on Vimeo.